***UPDATE*** On October 7th,2015 TechArt released v2.1.0 of the firmware described in this post that remedies many if not all of the problems with the initial release. Read on for my original review. I have made edits throughout the text to reflect the new version.

On August 29th, TechArt, maker of the Golden Eagle Contax G to Sony E adapter quietly updated their firmware to support the Sony a7R II. Originally the adapter did not work with the new camera so I contacted the folks over at TechArt hoping against hope that they would soon have a solution. An individual named Lau wrote me back, assuring that an update would be released before the end of August. True to their word, on 8/29 the new firmware v2.0.0, popped up in the TechArt Update app for iOS (download here for iOS and Android). But they didn’t just fix what was broken, they also added support for the 399 fast phase detect sensors on the a7R II!

If you don’t have the adapter, go ahead and skip this paragraph but for owners, it may provide helpful to updating your firmware. Using the app is simple, if not odd:

Here are the Steps:
1. Make sure your phone has Bluetooth activated and launch the TechArt Update app
2. Select the latest v2.x.x firmware from the list of available updates
2. Mount a G lens to the adapter and camera
3. Turn on camera and switch your aperture to f90 (not a typo – use the dial on your camera to set the aperture / not the aperture ring on the lens)
4. Take a picture. It helps if you set the camera to M or S mode, otherwise you are going to have a very long shutter speed.
5. Turn off the camera and remove the lens from the adapter
6. Place the phone right next to the adapter on the camera (yes, the camera should be OFF)
7. Press Update in the Techart App
8. When done with the upgrade, mount a lens, change your aperture to f/2 and start shooting! 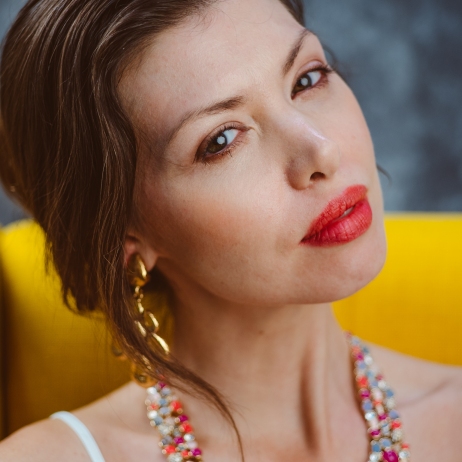 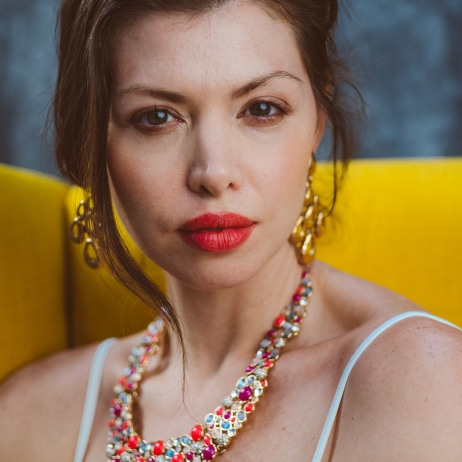 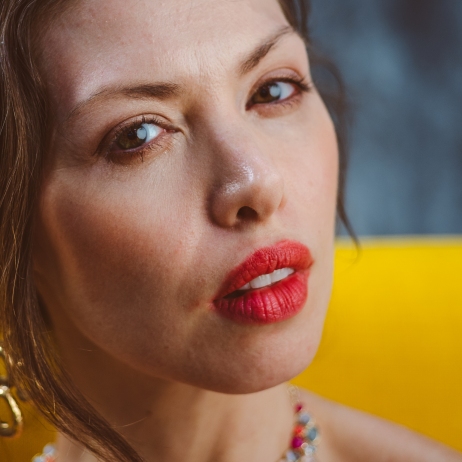 The Golden Eagle is compatible with screw drive lenses designed for the Contax G platform. The popular Contax G1 and G2 cameras were rangefinder designs but mated to autofocus lenses produced by Carl Zeiss. At the time of their release, the system was a direct competitor to the Leica M and many professionals considered the Zeiss lenses to be of the same quality.  They were definitely well constructed and as compact as a typical Leica lens of the same focal length and speed.

The original: Contax G2 with Carl Zeiss Planar 45/2 in black

Since the emergence of mirrorless cameras, fans of these lenses have been adapting them to use via manual focus with limited satisfaction. Several years ago, TechArt designed an adapter with a motor to drive the AF screw and developed the electrical and software interface to make everything work – except it didn’t always. The early versions were buggy with frequent lock-ups and slow AF, depending on the cameras’ contrast detection systems. Over the last year, with the latest firmware updates, the Mk III has become dependable (bugs be gone) but some users still complained about the accuracy of focus.

Now, with the advent of the Sony a7R II and its 399 phase detect sensors, the adapter follows in the footsteps of the Metabones EF adapter by supporting fast PDAF. This is truly a revelation as we now have the complete digital equivalent of the legendary Contax G cameras. This combination actually focuses faster than the original Contax cameras did. So now, those looking for the smallest AF lenses of the highest quality on the Sony a7R II have another viable option. Many of us were initially attracted to the system due to its compact size so it is nice to have these beautiful little lenses that give up very little to their larger modern equivalents.

In my stable I currently have the excellent Planar 45/2 and Sonnar 90/2.8 but other good options would be the 28/2.8 and 35/2. The 28mm will have soft corners until stopped way down on the a7R II but there will be no color shift in the corners. I’m going to get my hands on the 35/2 soon so will report back once I put it to work*. Both the 35mm and 45mm lenses are truly tiny but weigh more than newer lenses like the Sony FE 55/1.8. All of that metal and glass in the Zeiss G lenses adds up to a dense little package.

*Update The planar design of the 35/2 was very good but I preferred the look of the sonnar FE 35/2.8 and the fact that the Sony lens focuses much closer. Given that the FE lens will also have access to the more advanced modes of AF (Eye-AF and tracking) and the size is virtually the same, I’m going to stick with the native lens. Still, some might prefer the 35/2 and it worked well on the adapter. I have added some sample photos from outside the camera store to the end of the gallery.

*** As of revision 2.1.0, released in October, 2015, the performance is rock solid with AF speed on both my lenses (45/2 and 90/2.8) that rivals a native lens – yes you read that correctly. I’ve noticed some minor hunting in low contrast / low light subjects but nothing major and native FE lenses frequently do the same. AF accuracy is spot on and the MF implementation now works as it used to, meaning that you can engage MF at any time by adjusting the small focus dial on the adapter. This is a major achievement by TecArt and finally makes these lenses viable options that I would feel confident shooting even for paid work.

Take a peek at the AF performance on the 45/2 *** note that this was taken with v2.0.0 of the firmware and does not reflect the improvements in v2.1.0. There is no more “hunt of death” 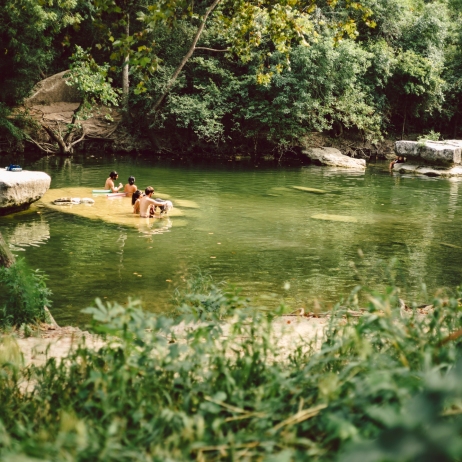 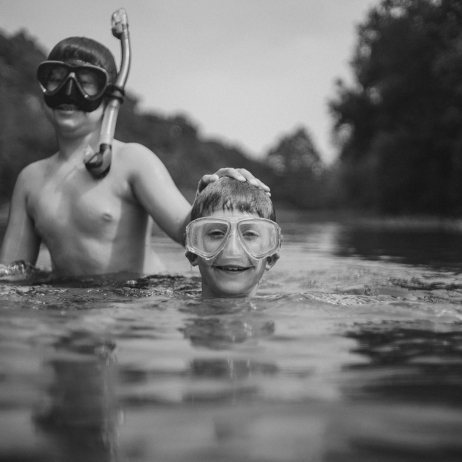 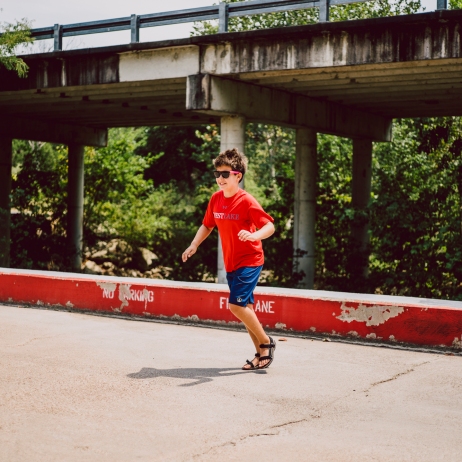 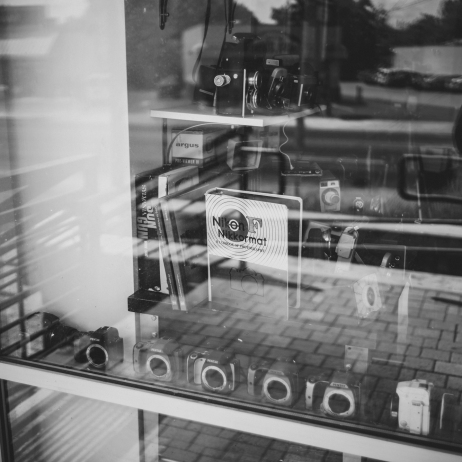 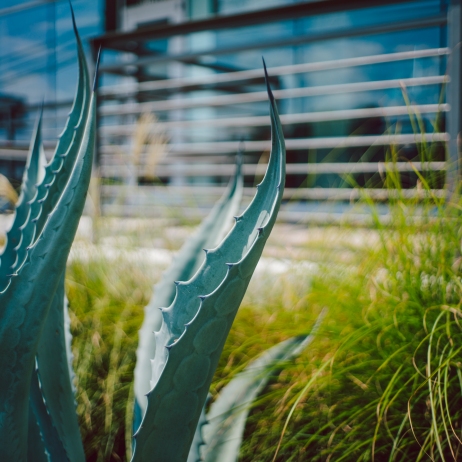 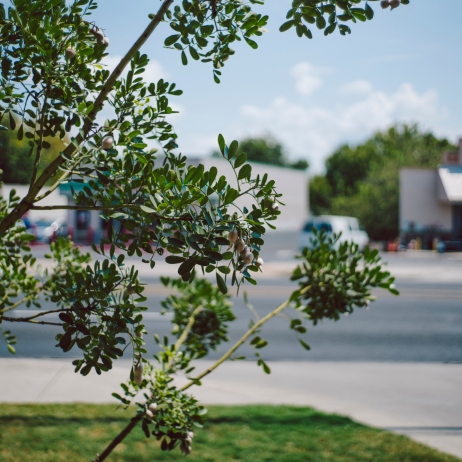