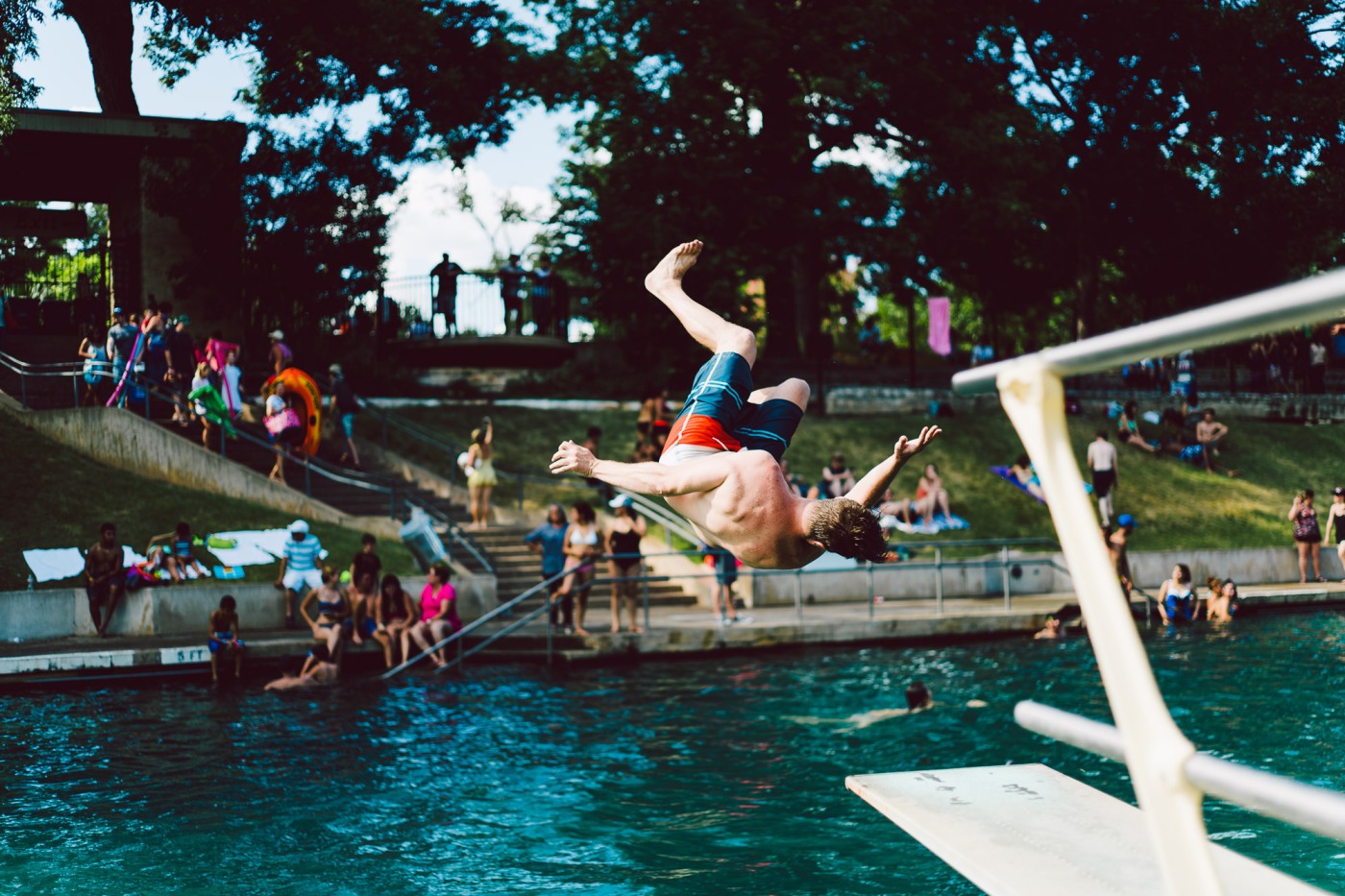 From the earliest days of the mirrorless movement, photographers have enjoyed the ability to adapt manual focus lenses made for various legacy camera mounts to their new systems. With their electronic viewfinders and focusing aids, mirrorless cameras are uniquely suited for the task of manual focusing older lenses. As one of those early adopters, I adapted every rangefinder or legacy SLR lens I could get my hands on.

The results were satisfying but manual focusing can be challenging for moving subjects or for those with poor eyesight. Thanks to the technology in the new Sony Alpha series mirrorless cameras – specifically those cameras with on-sensor phase detection autofocus – and the ingenuity of a small company in Hong Kong, we now have the ability to autofocus almost any manual focus lens manufactured over the past 75 years for the 35mm format.

This wizardry is delivered via a new smart adapter called the Techart Pro – I’m calling it TAP for short – for Sony’s latest generation of phase detect autofocus (PDAF) cameras: the a7RII, a7II and a6300. Don’t bother trying it with any previous Sony models but we might assume that future Sony PDAF cameras should be compatible. Out of the box, the adapter supports lenses made for Leica M mount, but due to the short flange distance of that platform, there is plenty of room for an additional adapter to stack on the TAP, thus increasing the mount compatibility to support: ALPA, Canon FD and EF, Contarex CRX, Contax/Yashica (C/Y), DKL, Exakta, Leica R, M42, Minolta MD, Nikon F, Olympus OM and Pentax K. These additional adapters can be purchased from Techart or perhaps more cheaply on eBay or Amazon. The TAP itself costs $349 and can be ordered directly from the manufacturer.

The manufacturer claims that TAP can focus a lens as large as 700g but for my purposes, I’m primarily looking at small and light rangefinder lenses as they maximize the compact potential of mirrorless. For this review I’m using the following selection of Zeiss ZM lenses:

The basic concept of TAP is an adapter housing a miniature but powerful motor, driving the adapted lens forward and back over a range of 4.5mm to obtain focus. For lenses of 50mm or wider, the adapter will cover the full focus range, but for longer lenses Techart advises that you perform a rough manual pre-focus before letting the adapter complete the fine tuned AF. The adapter works in concert with the Sony’s PDAF system to accurately confirm focus and supports basic modes such as AF-S and AF-C but I would note that the adapter will perform best with the AF box set to center. Make sure all cameras are updated to their latest firmware and understand that the more advanced autofocus features like eye-AF and object tracking (Lock AF) are not currently supported by TAP.

Besides gaining autofocus, when TAP is used on Sony Alpha models that feature in body image stabilization (IBIS), your older manual focus lenses will benefit from 3-axis image stabilization. There’s even a method to program the focal length of the lens to the adapter so that the camera’s automatic IBIS setting will recognize the correct lens fov – and store it in the image EXIF.

Originally designed for Leica M-mount, the ZM lenses are typical German tectonic designs with diminuative metal and glass bodies and a tactile feel to the controls that is lost in most modern AF lenses. Even one of the larger lenses – the 35mm f/1.4 Distagon is half the size of a DSLR AF lens of the same focal length and speed.

But before we dig into the individual lenses, a couple thoughts on the overall performance of the adapter.  Compared to the early firmware versions which were quite buggy, version 4.0 is very stable, quick and accurate. I believe we are at a point where I would trust the adapter fully for paid work. Second is the sound that the adapter emits – a sort of quiet chirp that is considerably more quiet than Techart’s previous motorized Contax G adapter. I don’t imagine that the noise will be a bother to most photographers or their subjects.

First up is the Zeiss 35mm f/1.4 Distagon T* ZM. The general consensus being that the Distagon is one of, if not the finest 35/1.4 lenses ever made and I would fully concur. The way this lens renders is open and delicate but with the signature Zeiss micro contrast in full effect. On the TAP adapter the lens focuses quickly (.3-1 sec), on par or faster than one could expect to focus on rangefinder cameras the Distagon was originally designed for. Utilizing the phase detect AF sensors built into the Sony a7RII, the adapter locks on with the same level of accuracy that I have come to depend on from the native Sony AF lenses. 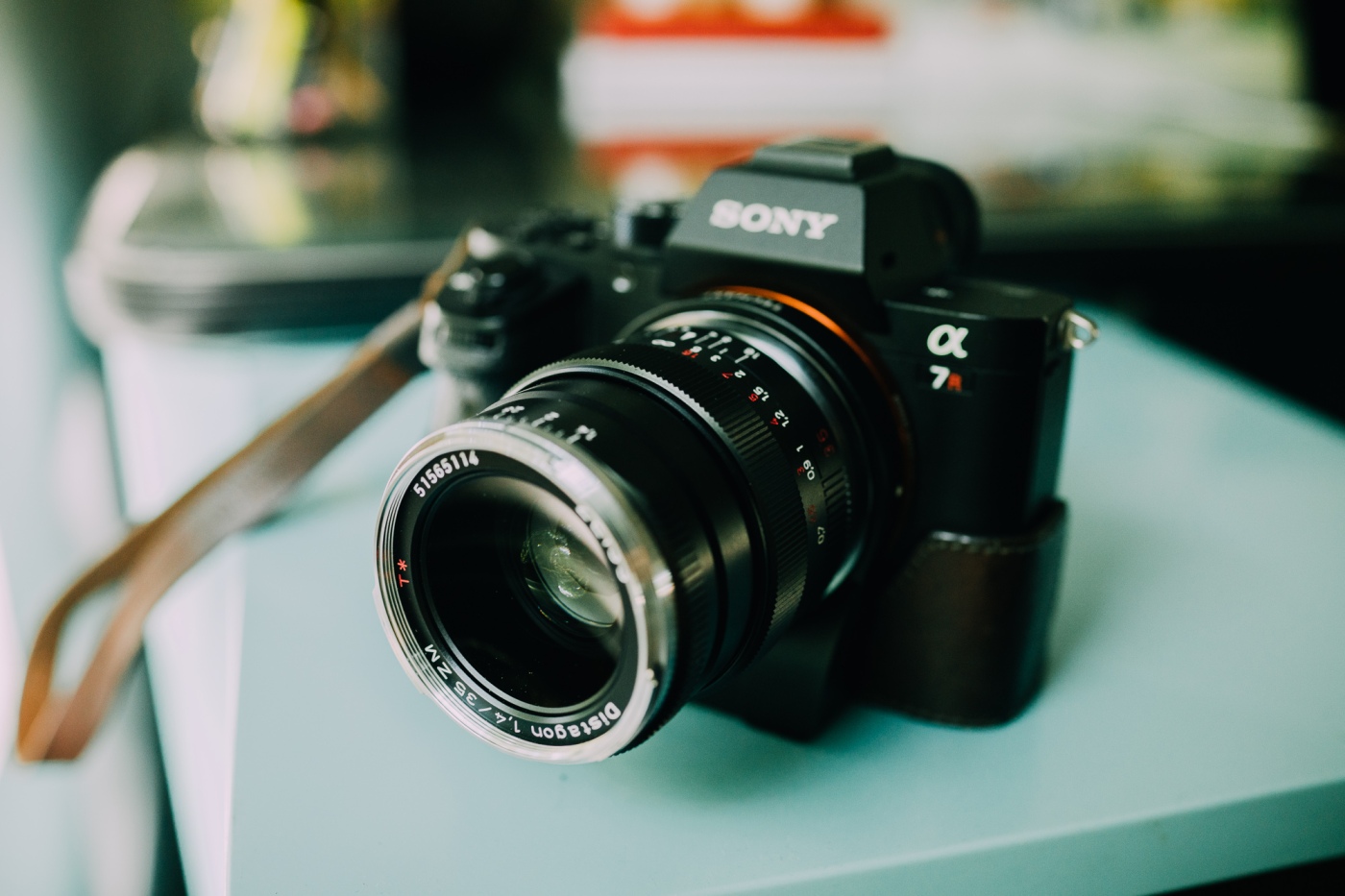 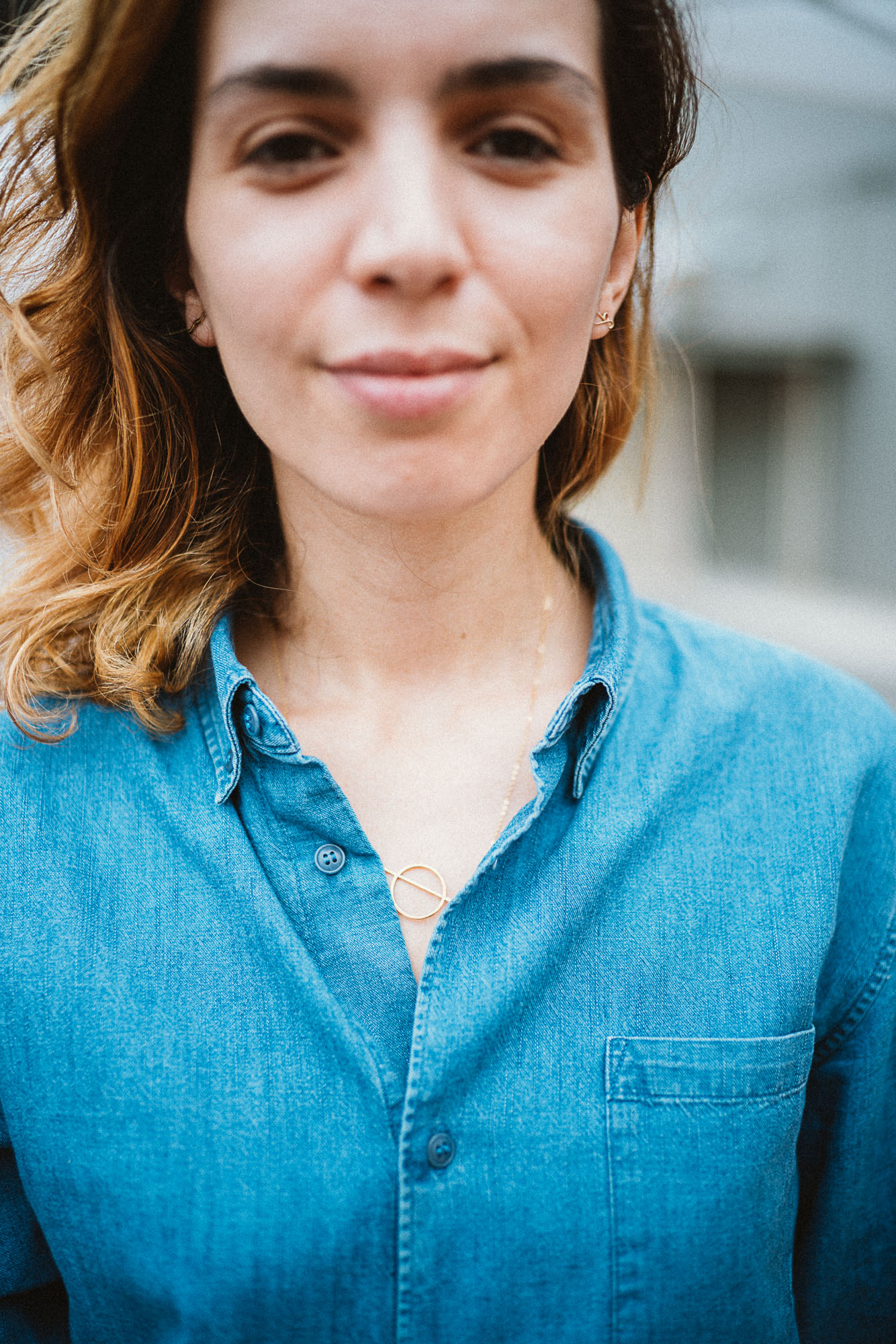 Focus here was on her necklace.

Since this is primarily a review of the adapter, not the lens, I’ll just comment that the native characteristics of the Distagon are unchanged, with the exception of its close focus capabilities. With TAP you essentially gain a built-in extension tube to significantly improve the minimum focus distance on all lenses. Rangefinder lens designs are typically limited to a minimum close focus distance in the range of .5 to 1 meter so the ability to focus closer is a notable upgrade. Generally, to use TAP you simply set the focus ring on your mounted lens to infinity and then hit your shutter or back focus AF button to engage the autofocus. For subjects closer than the native minimum focus distance of your lens, manually adjust the focus ring to the minimum distance before engaging the autofocus. 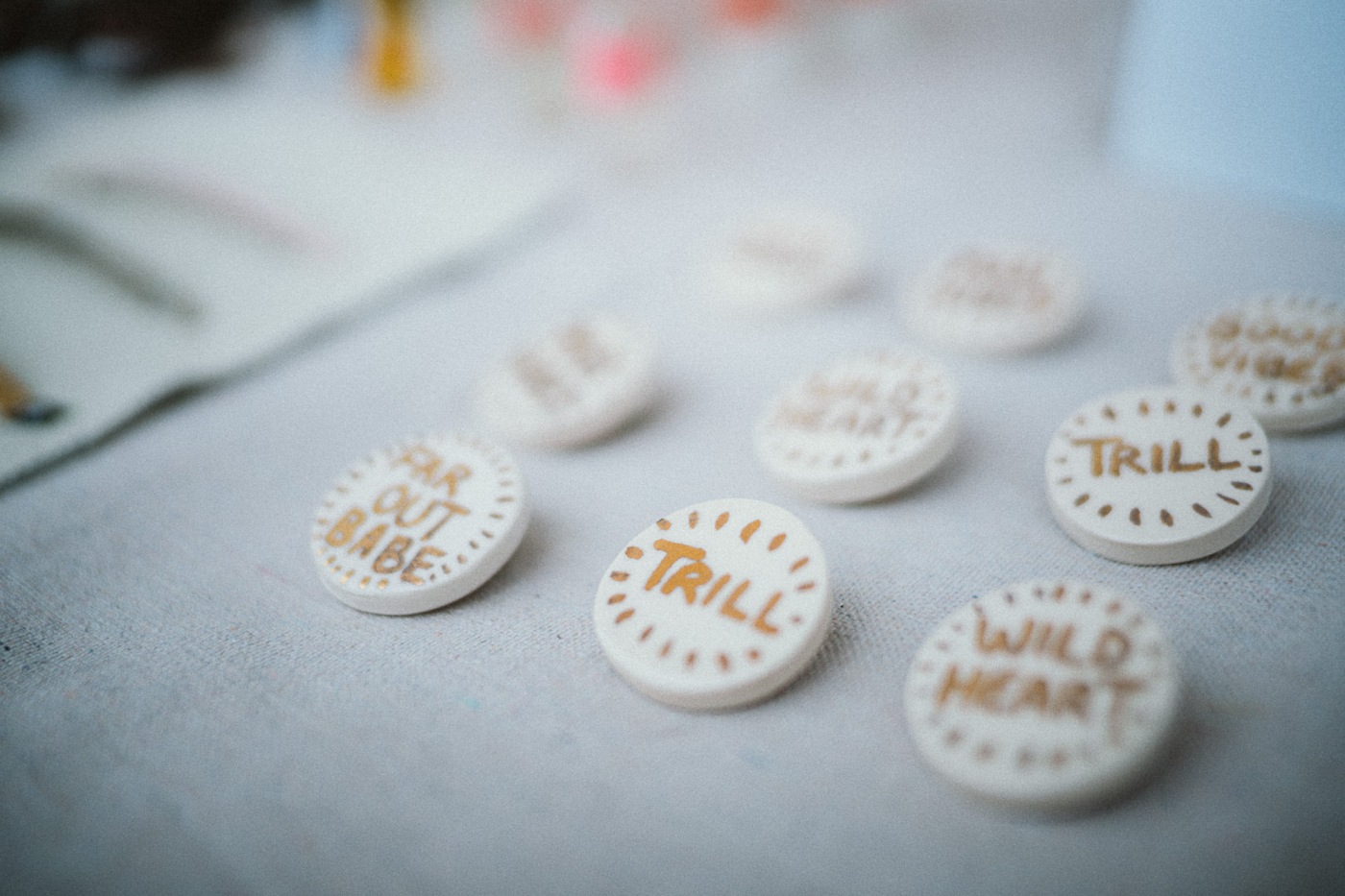 In addition to these natural light shots, I had a chance to try the TAP/Distagon 35mm combination out at a Gary Clark Jr. concert for the 41st anniversary of one of Austin’s most storied music venues – Antone’s. This was the first time I had used the adapter in extreme low light and I was very satisfied with the speed in which it acquired AF. I was half expecting it to be unusable but the found the opposite to be true. 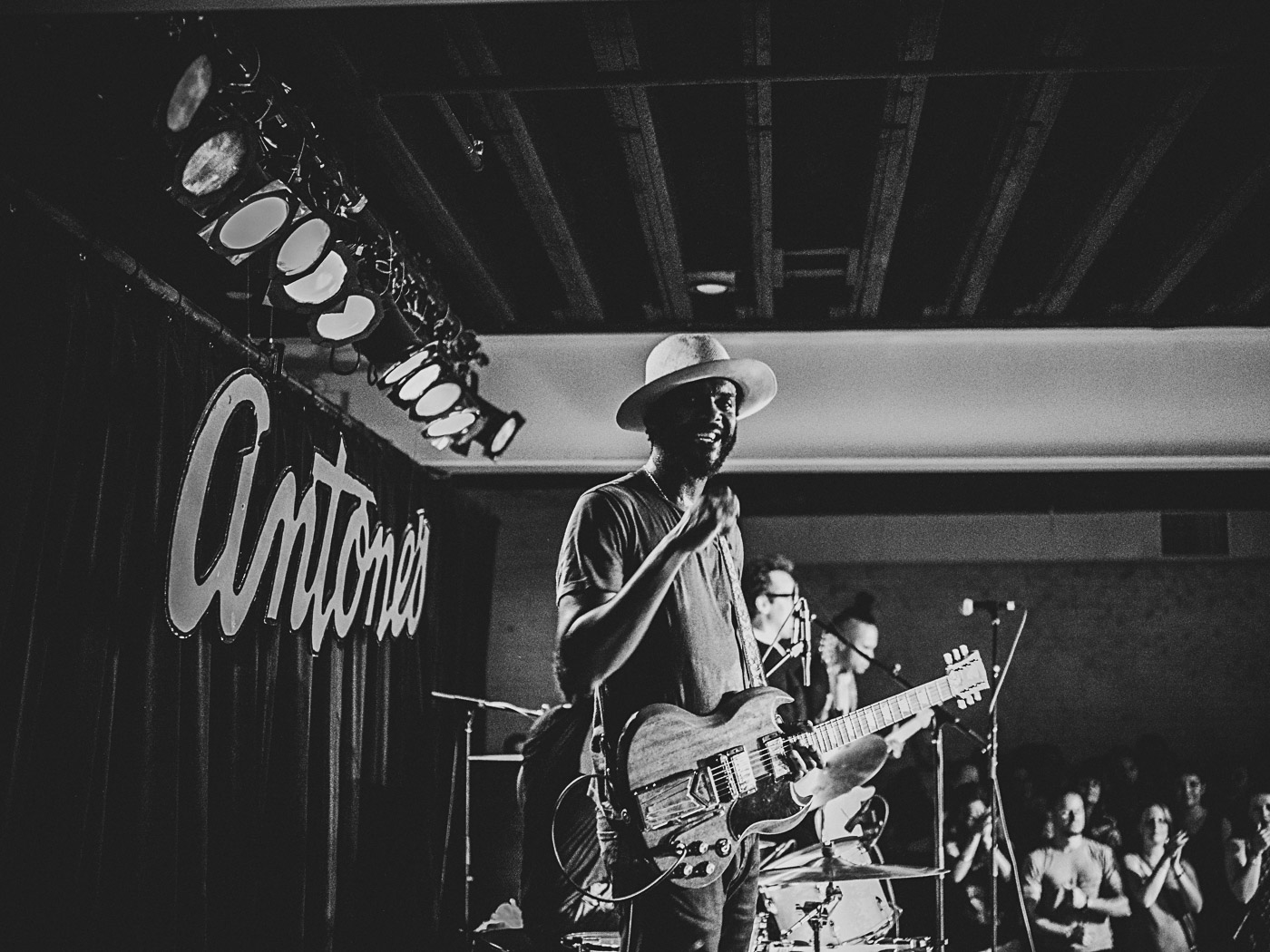 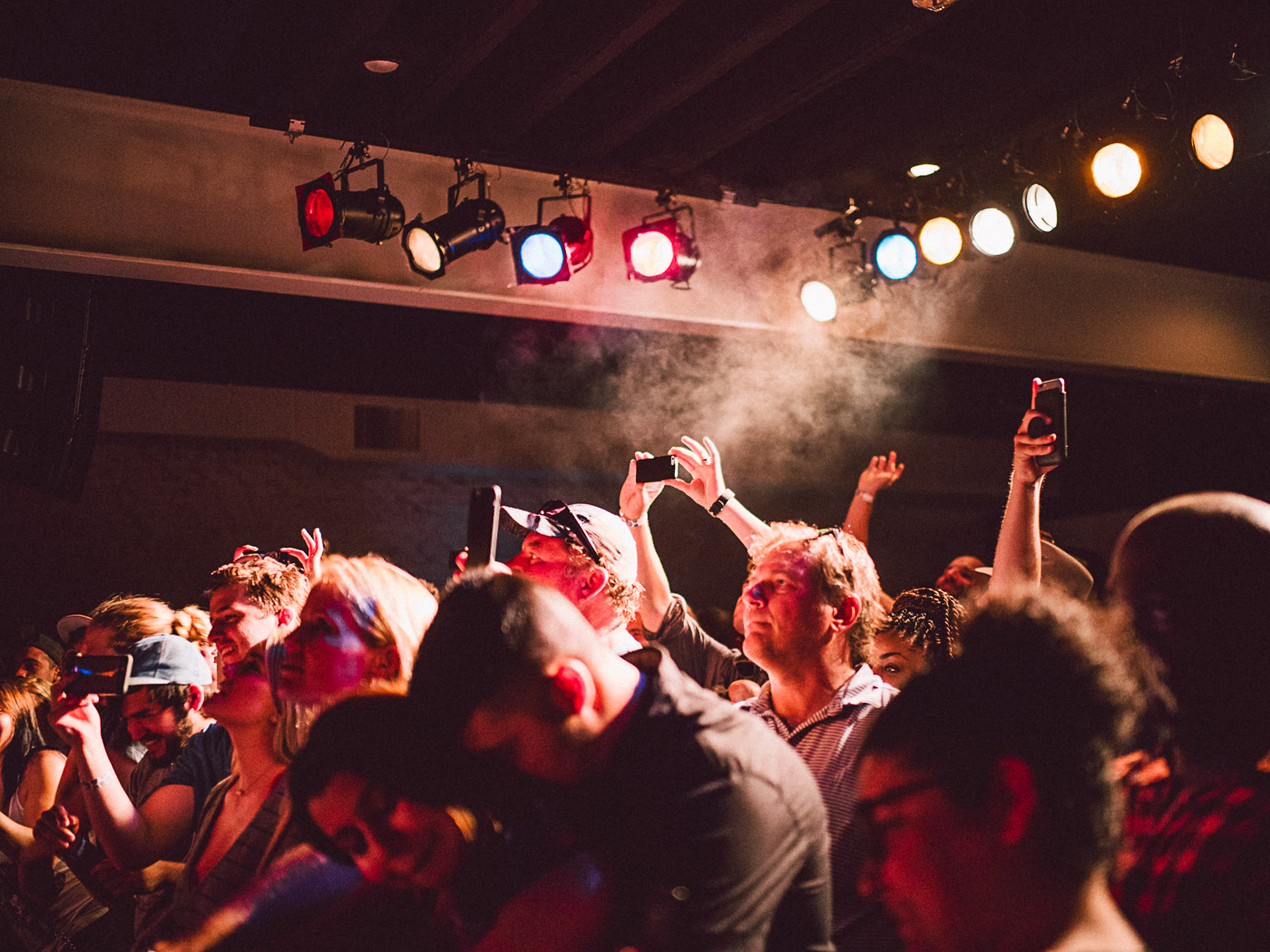 TAP focused this little beauty quickly and like the Distagon very accurately – I’m finding that TAP focuses with high accuracy on every lens I’ve tried. How quickly the adapter achieves focus differs slightly depending on the camera body it is mounted on, with the a7RII being Porsche 911 quick while the impressive AF system of the a6300 adds the turbo. At times and usually in good light, the adapter will rival the speed of a native lens, but lower the lights and things slow down a bit but not too bad really – see concert shots for proof. Overall, I’m more than satisfied with the AF performance and if for some reason you find TAP struggling, you always have the option to pop into MF mode and get it done the old fashioned way.

I enjoyed the fit and feel of this lens and while I usually prefer a faster lens, there is something special about the C Biogon. I wasn’t previously aware of the appreciation photographers share for this little lens but I get it now. With virtually zero distortion, beautiful bokeh and plenty of resolving power, this Zeiss makes for a great compact optic. Corner performance is not that good on digital sensors until you stop down considerably but I took this little guy with me on vacation and used it as both a wide open and landscape shooter with impressive results. Some call it 3D but I’ll just say that the images from this lens have a bite and presence that adds a sense of realism. This set in particular illustrates how well the Techart does in a variety of situations including capturing children in action – nothing was prefocused, all shots were AF on demand. 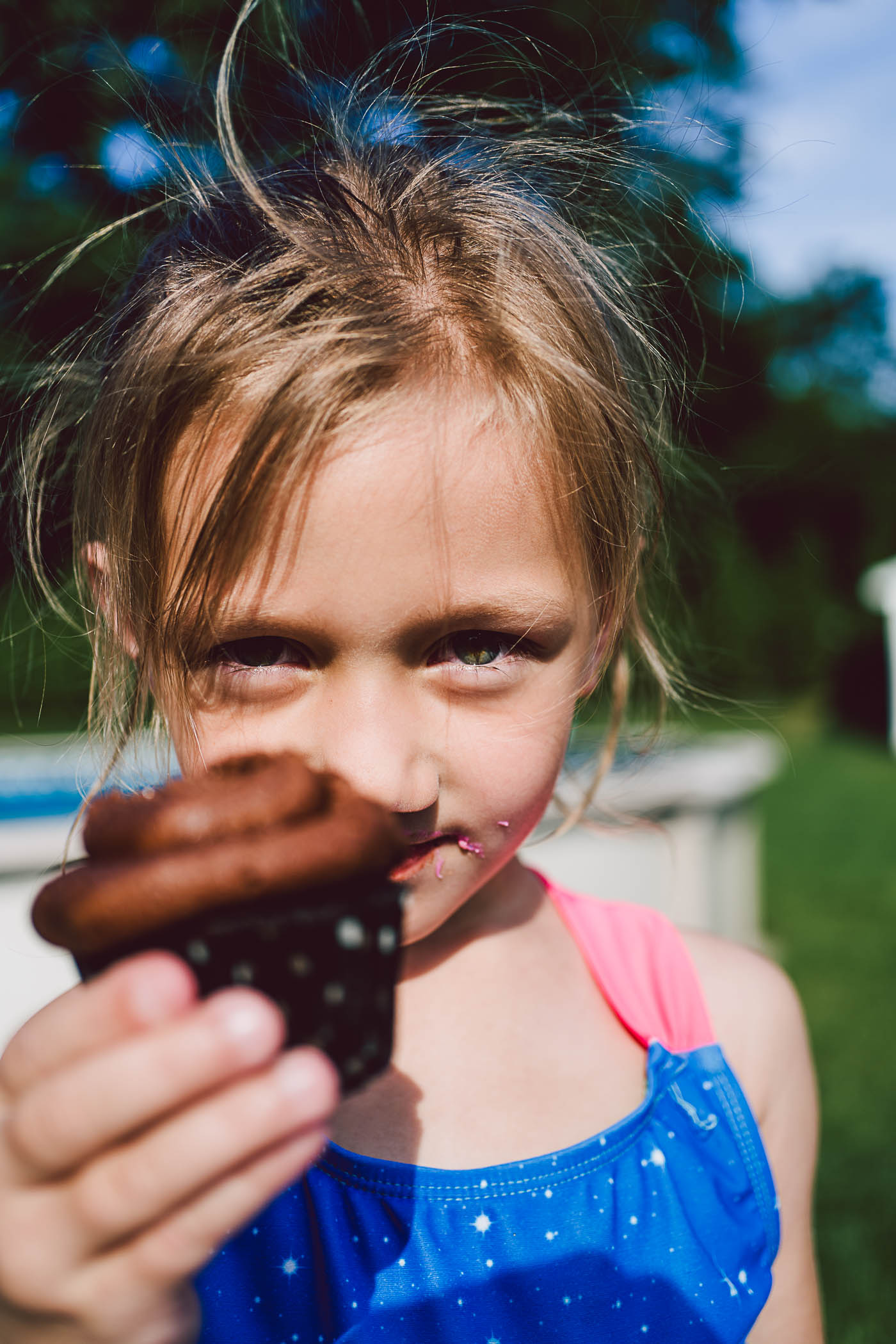 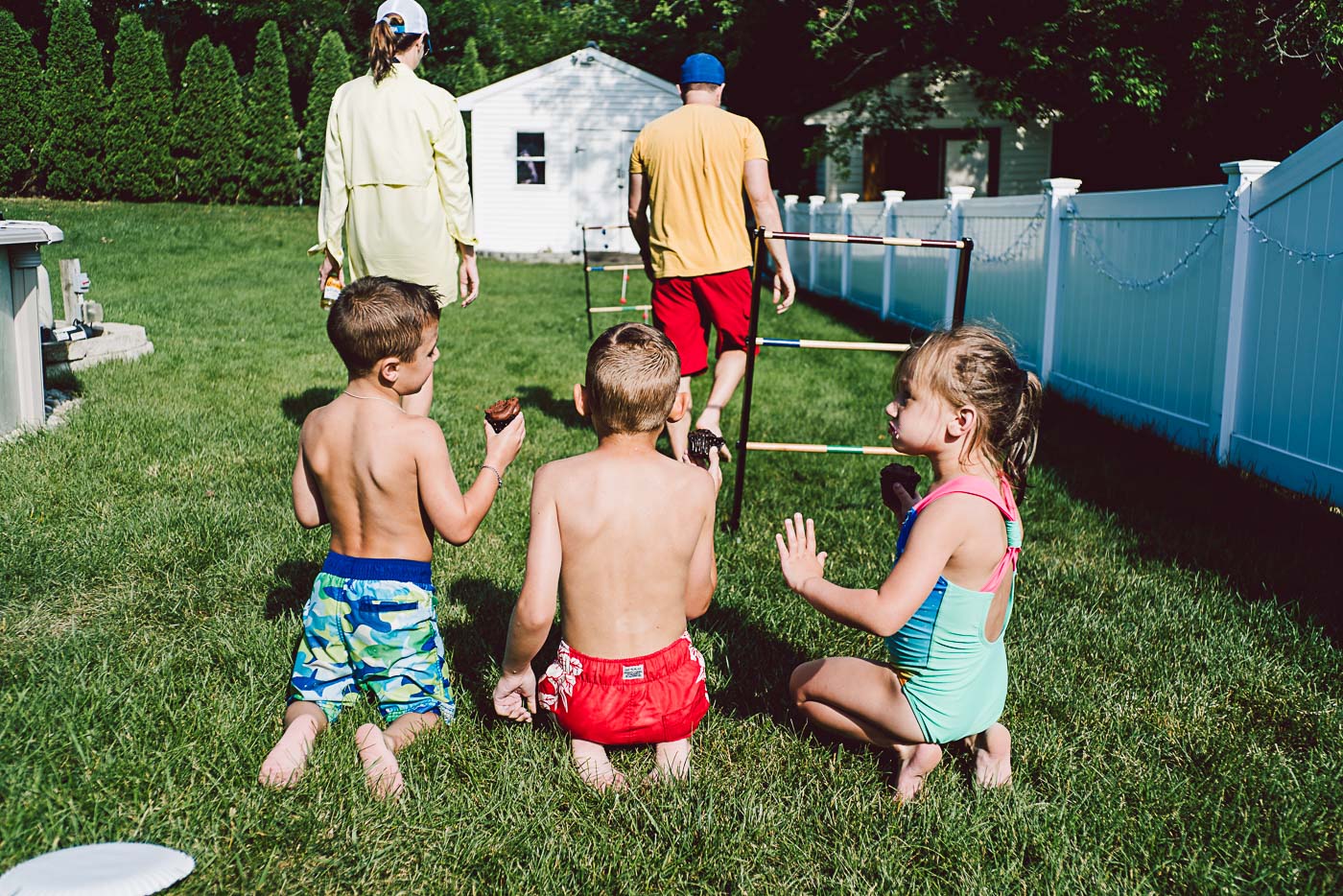 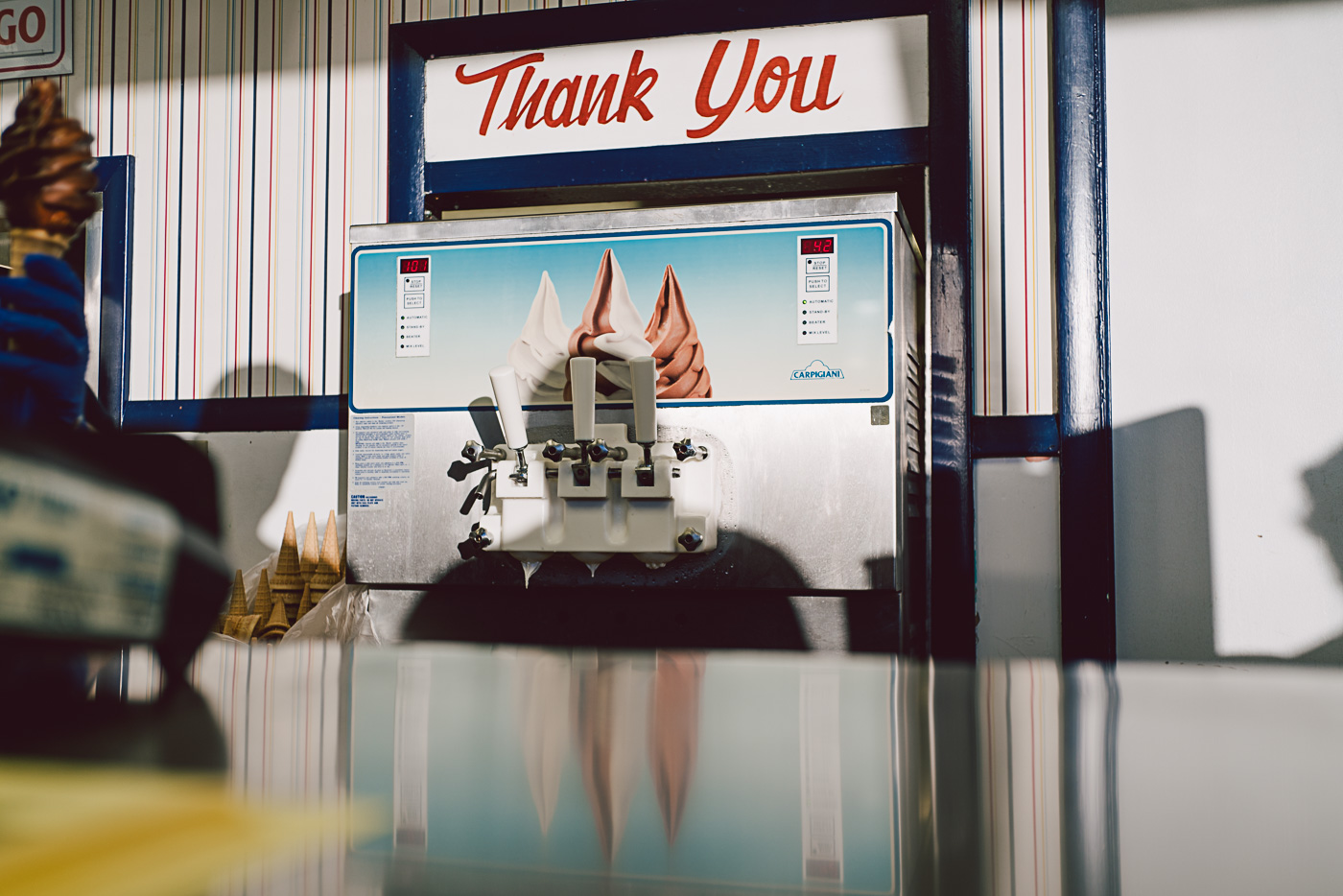 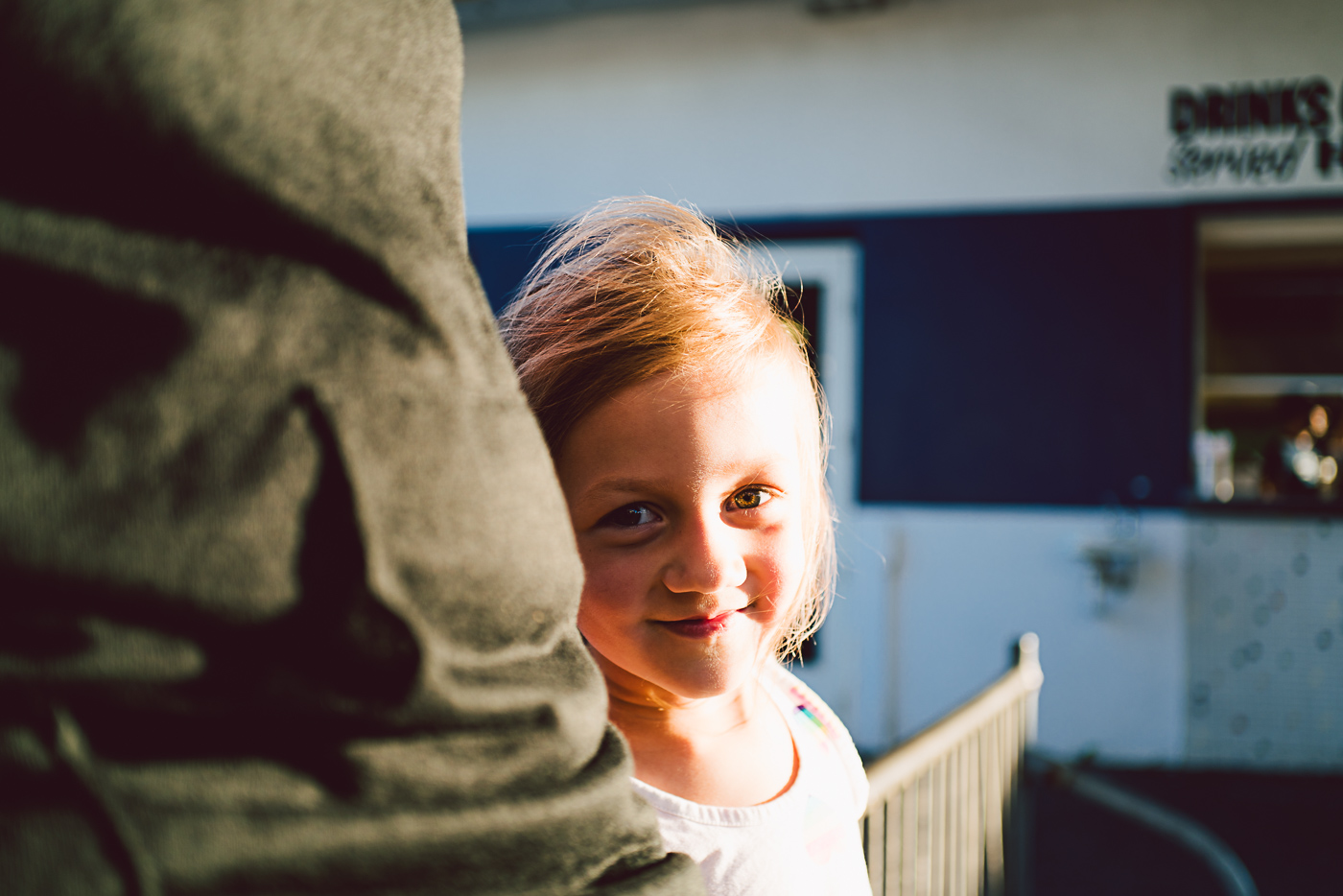 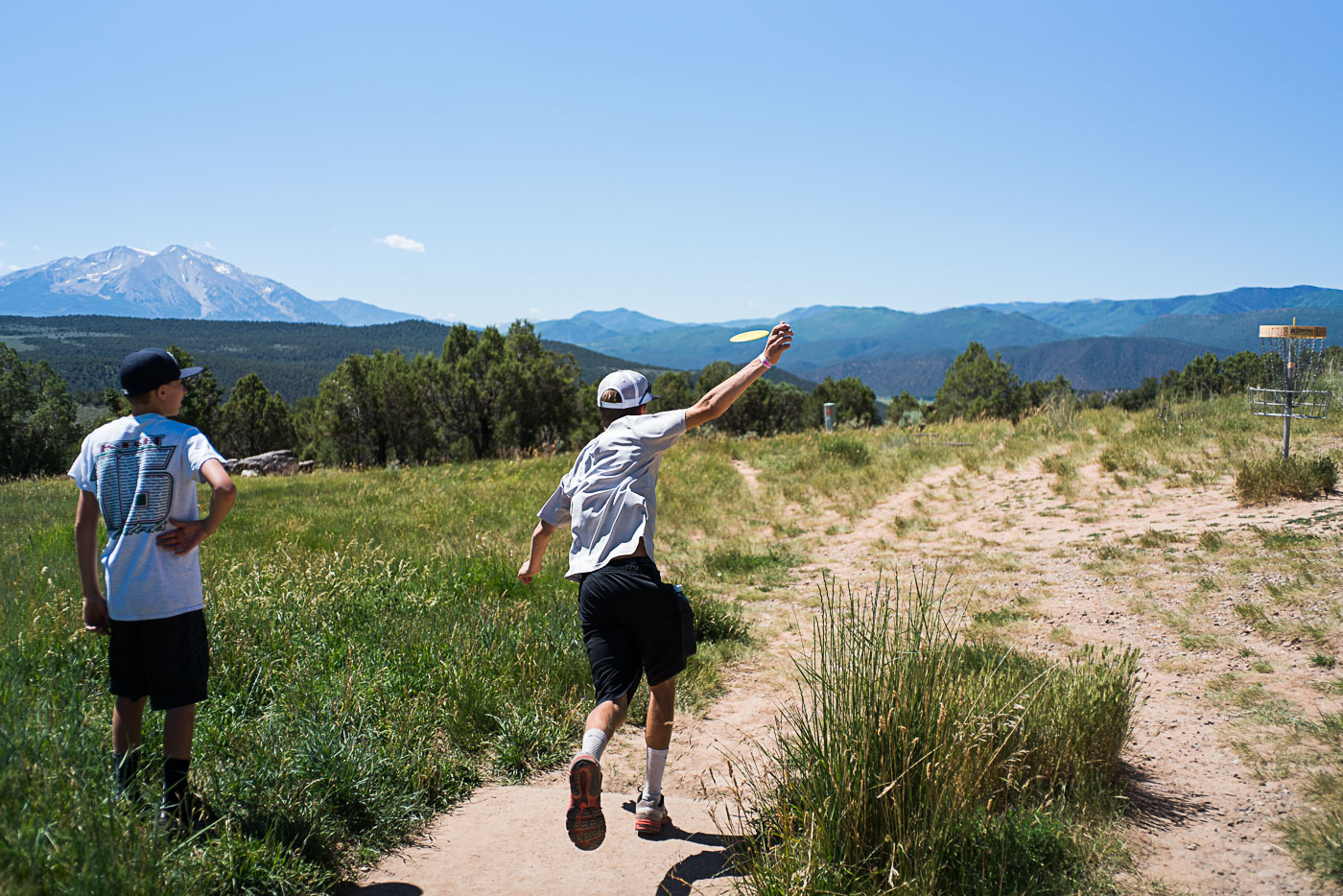 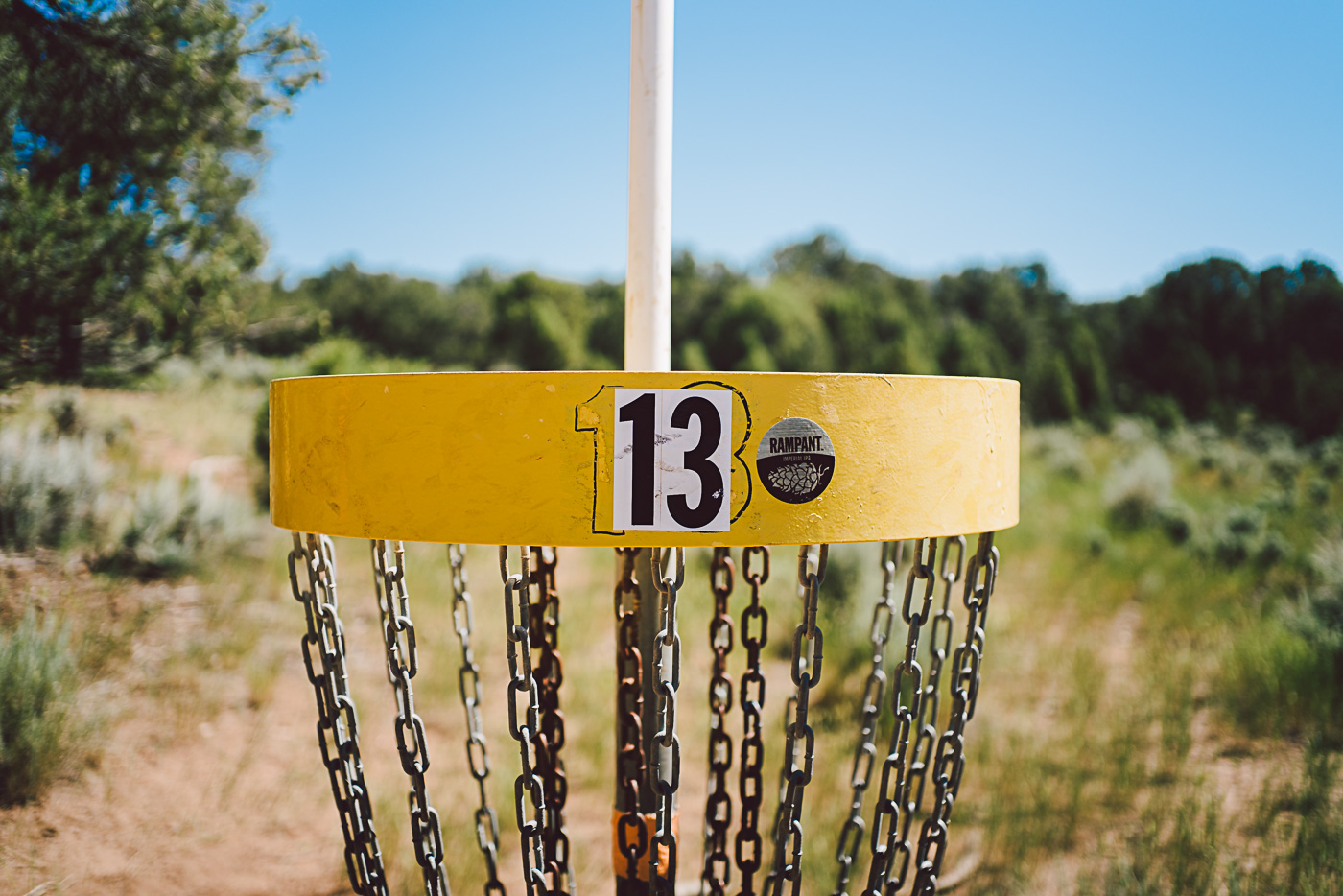 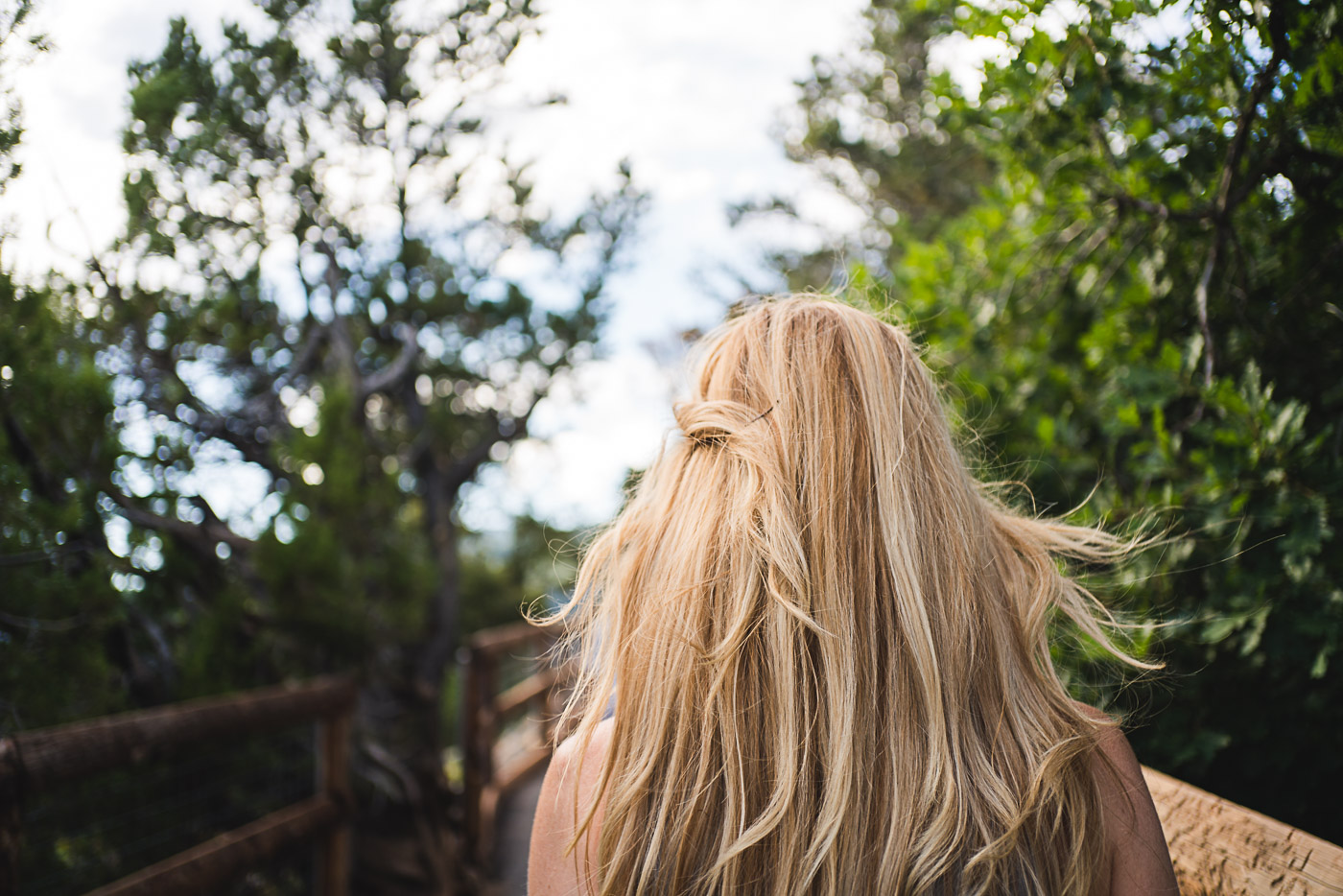 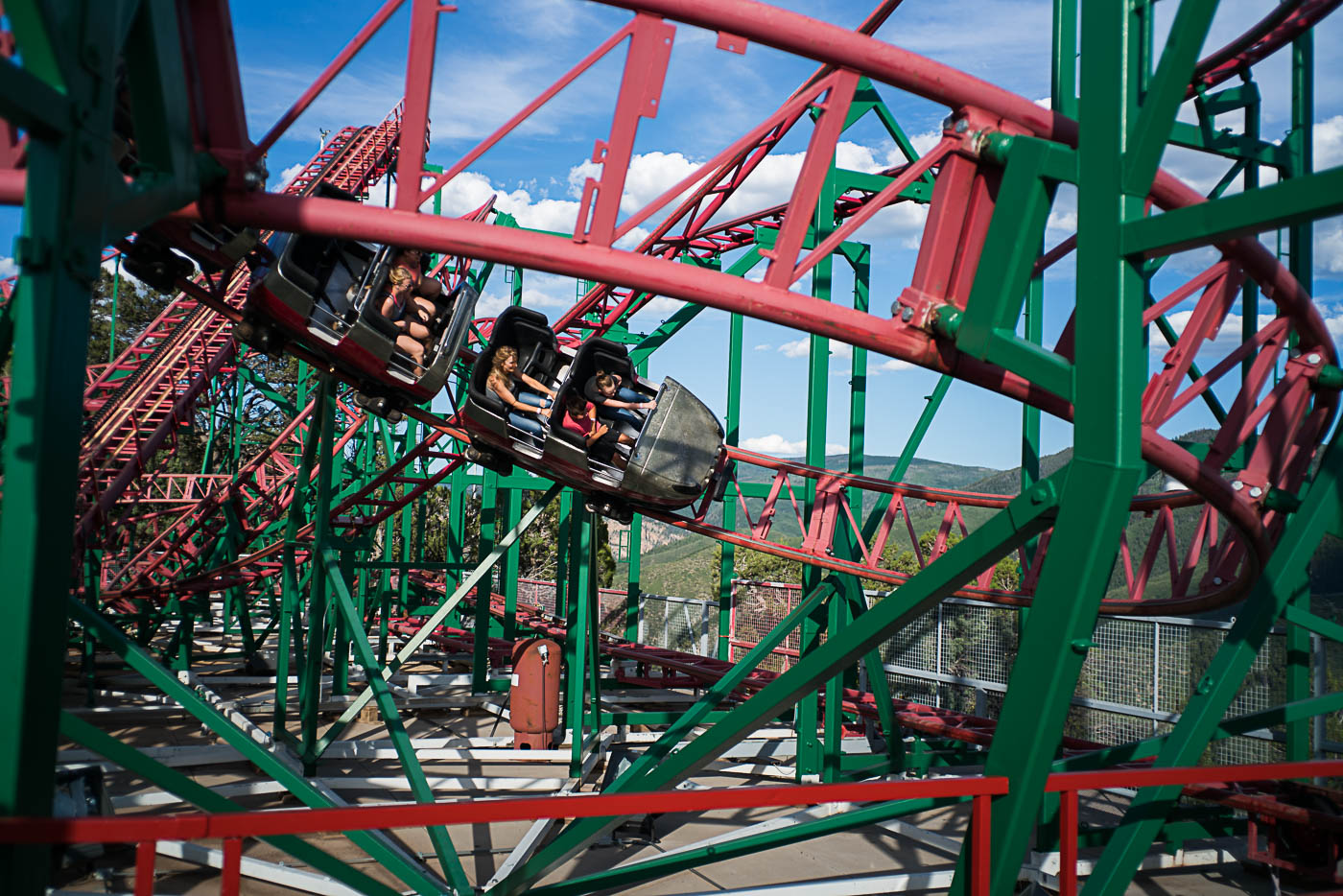 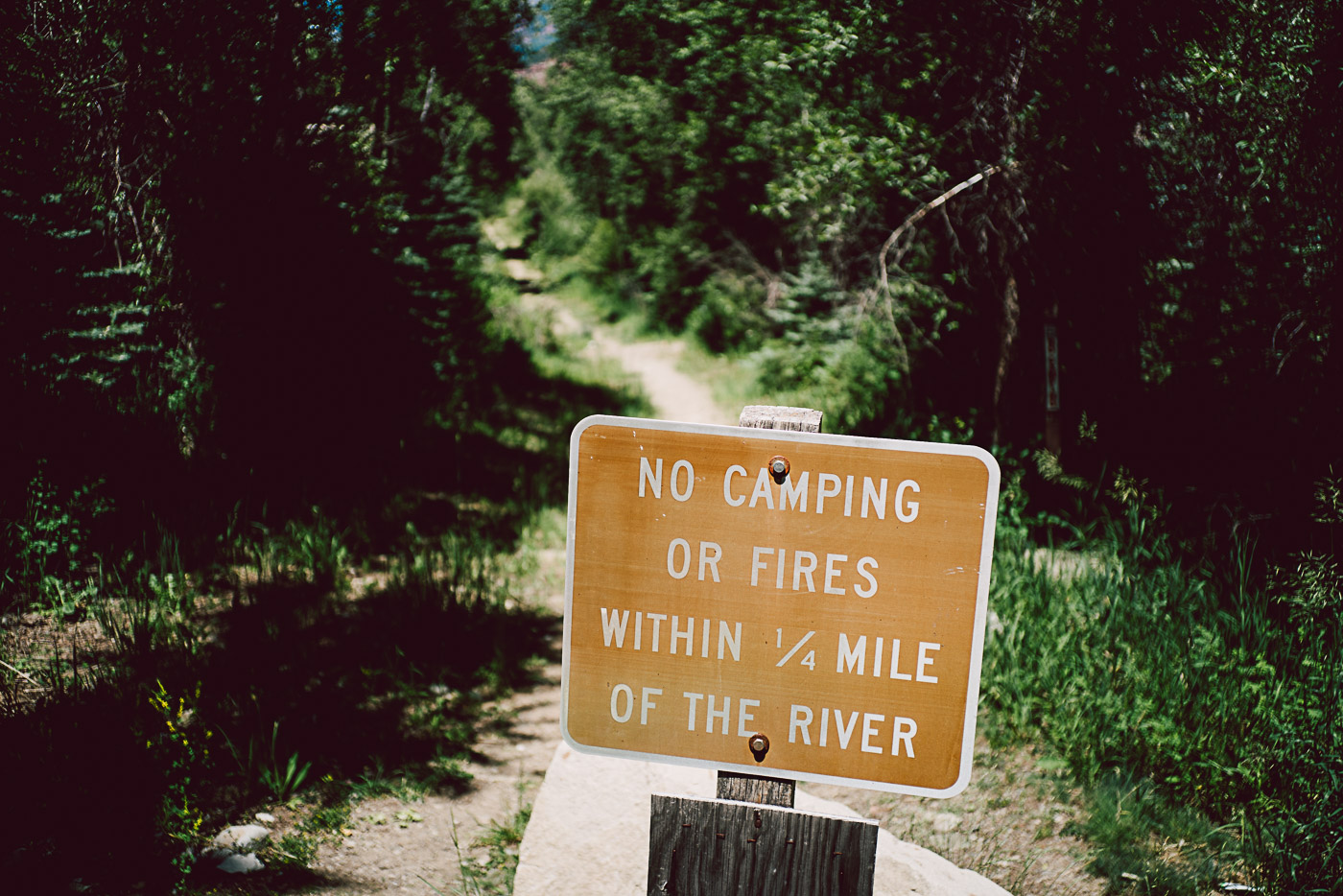 Wondering why this shot looks wider than the one above it? It is a 5 frame panoramic captured in portrait orientation. 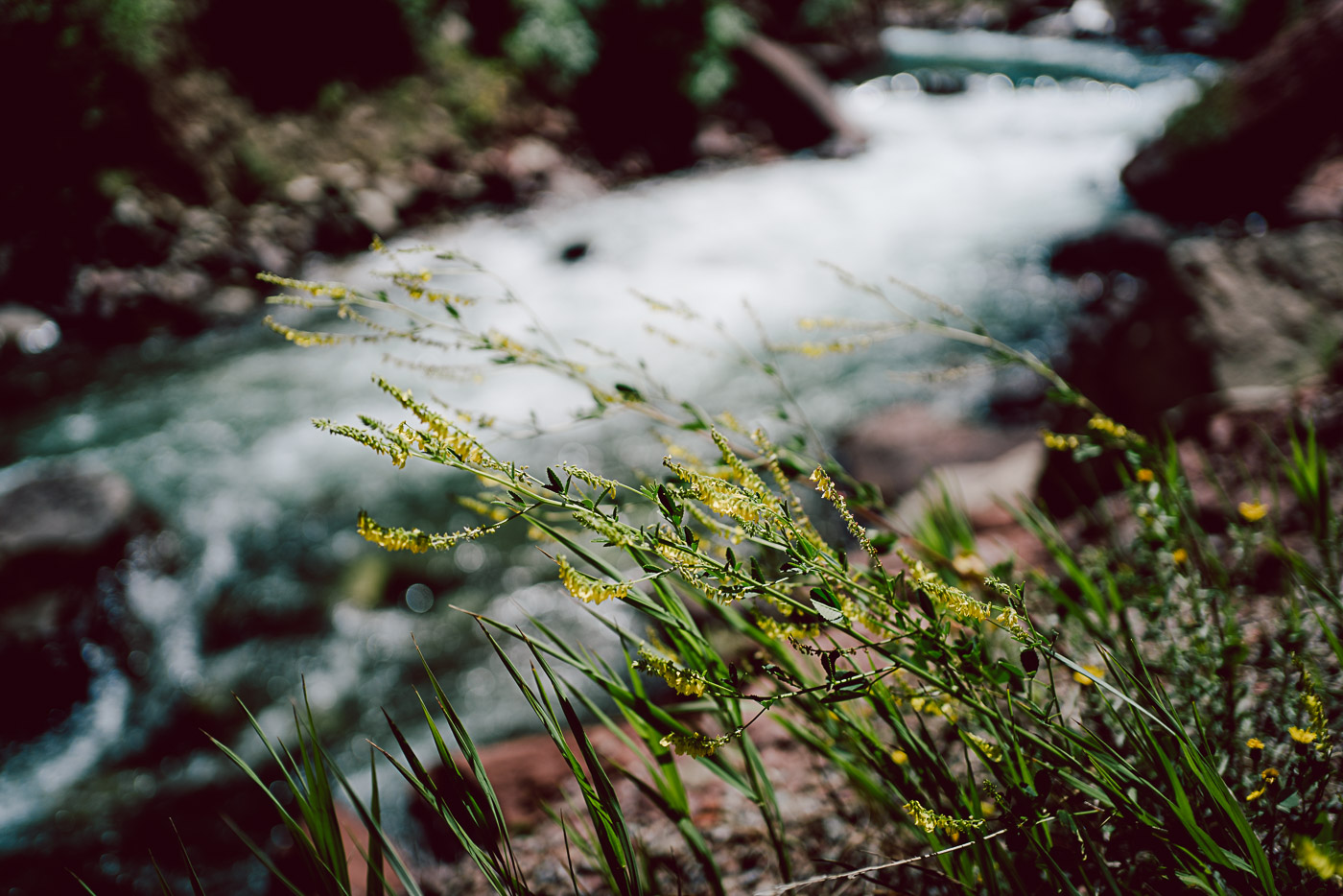 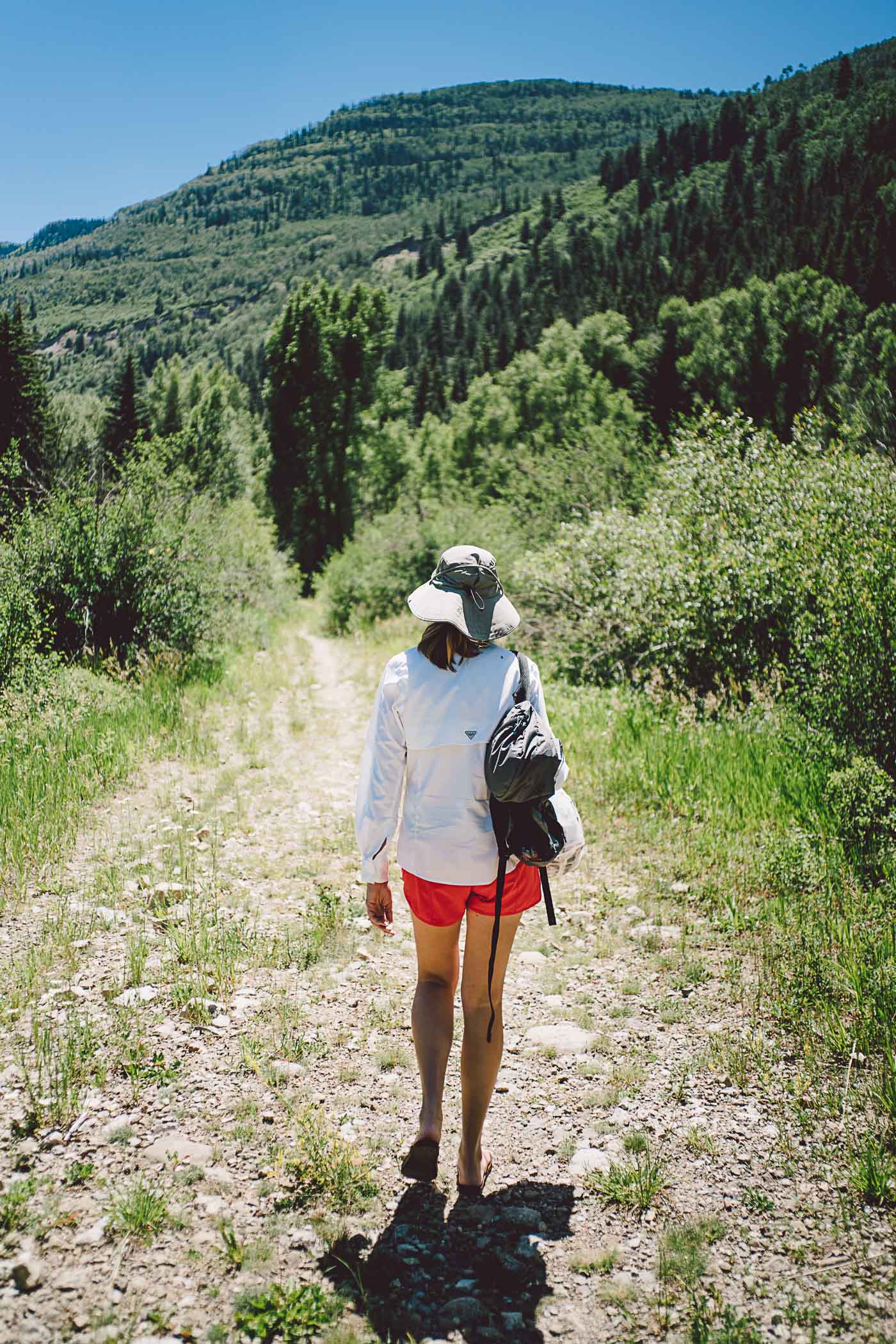 Next up is the Zeiss 50mm f/1.5 C Sonnar T* ZM. Another personal favorite and considered by most a “character lens”, the “C” actually stands for Classical and is based on a 1930’s design. The lens is natively limited by a 1-meter minimum focus distance, but on the TAP that distance is cut down to just 15” or so. Focus is fairly quick in good light – fraction of a second – and very accurate, even wide open. I used the C Sonnar on the a7RII to chronicle a fishing trip down on South Padre Island in Texas (notice the lack of fish photos). The gorgeous rendering of the Sonnar is easily recognizable, distinguishing itself from more well behaved modern designs. If you are looking for a small, fast 50 with a unique look compared to modern designs, this is your lens. 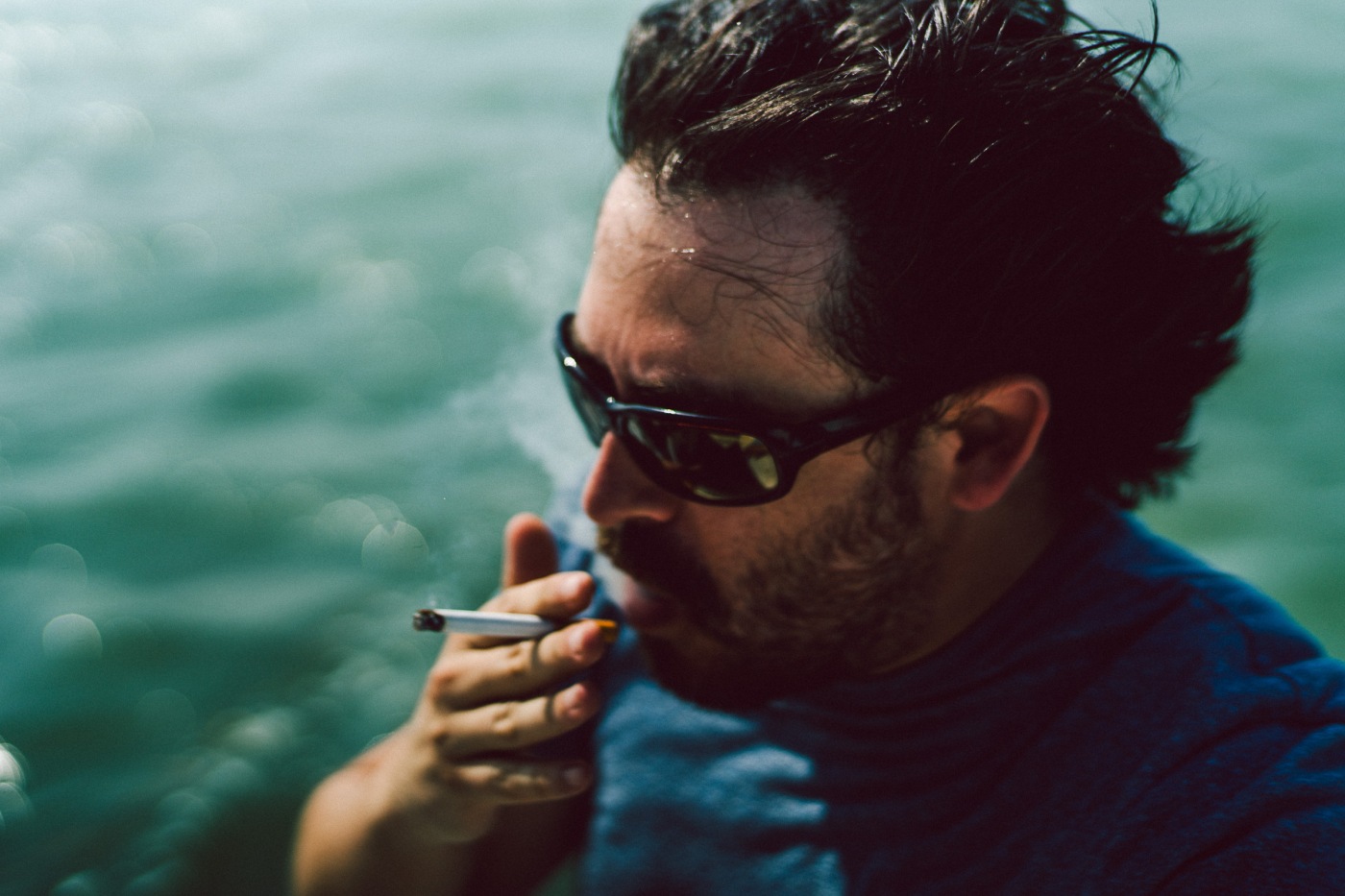 I also tried the TAP and C Sonnar out at the concert referenced earlier in the article…love the way it handles the setting sun in this first frame. 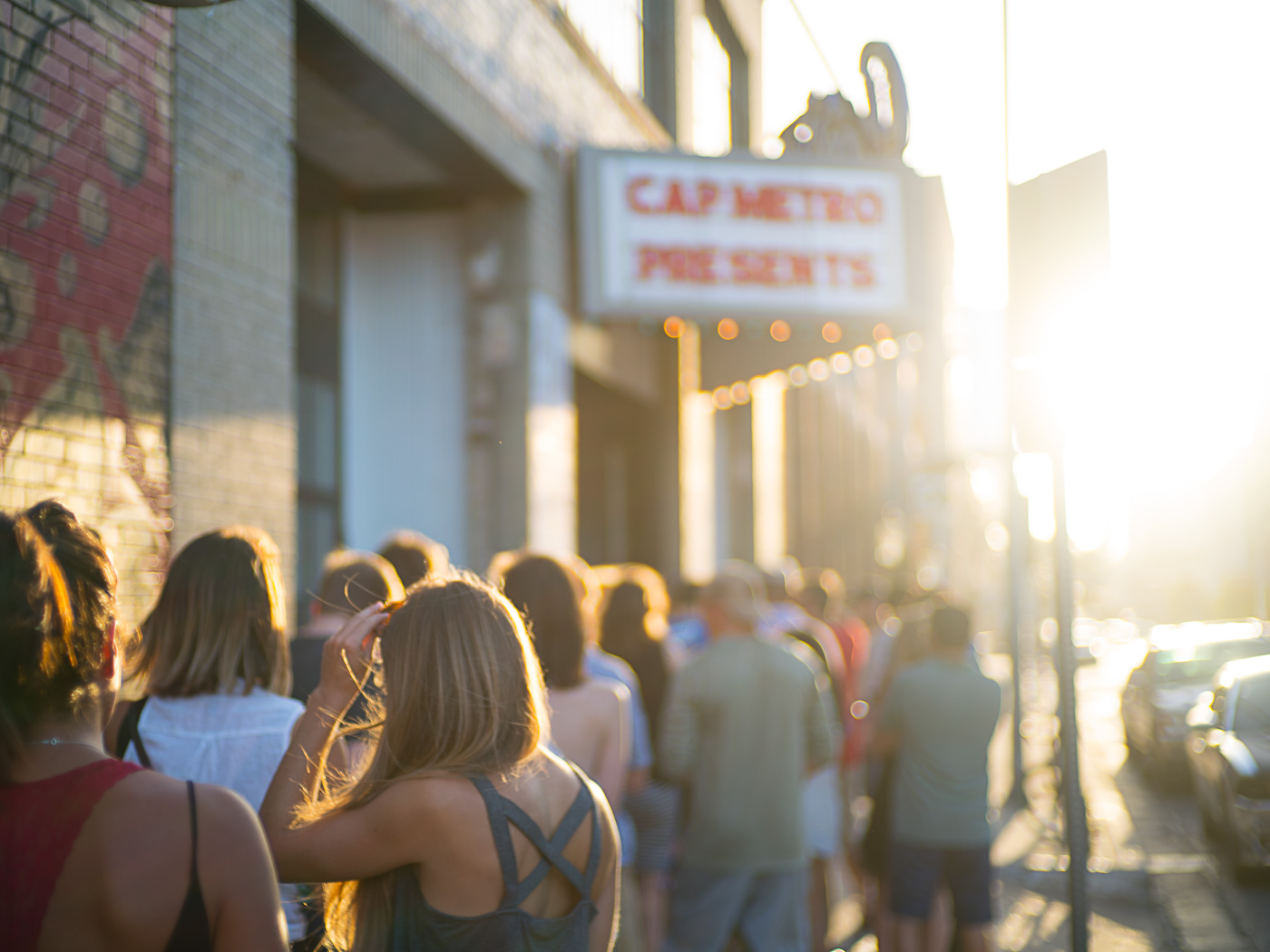 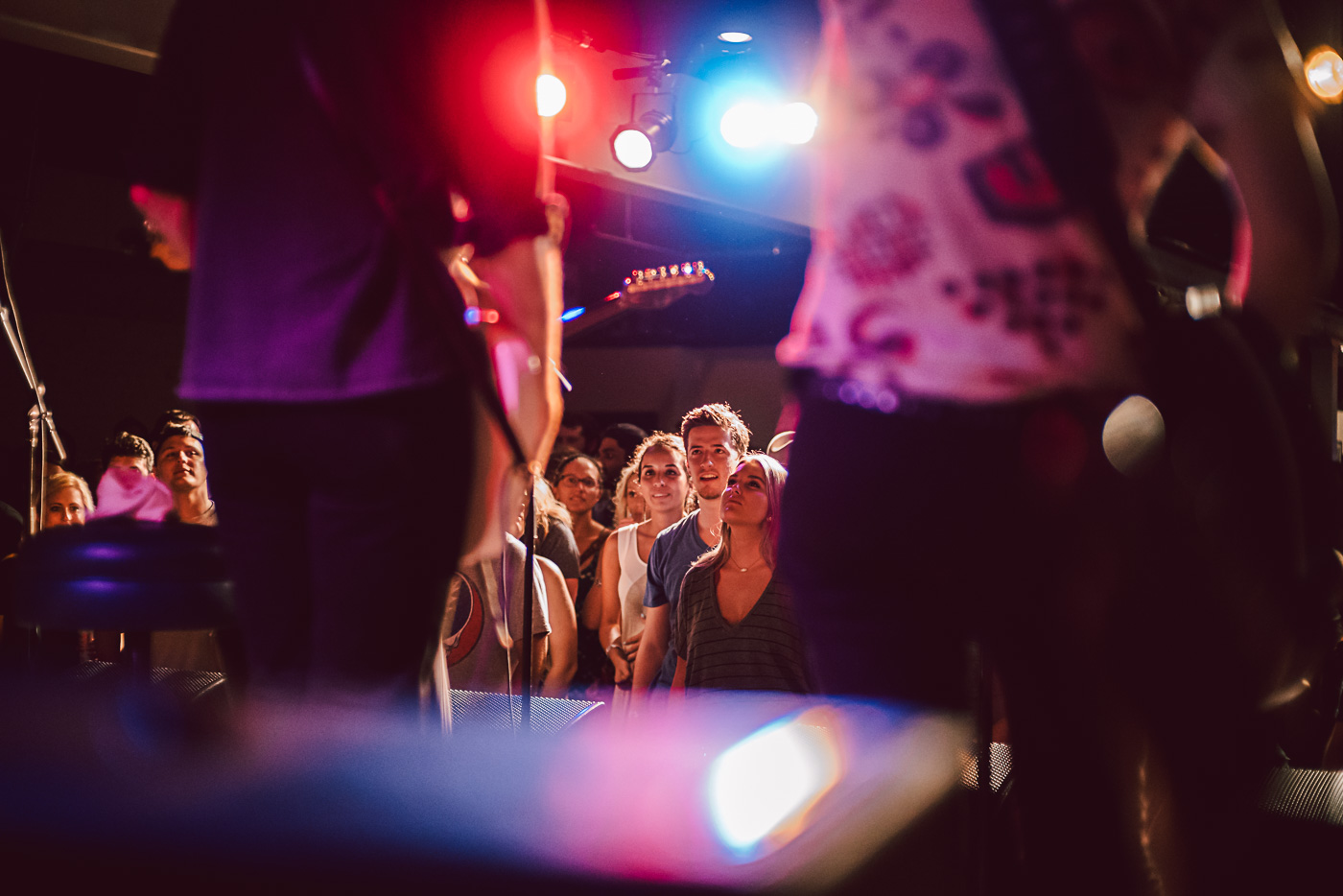 Since you can never have too many 50mm lenses, the Zeiss Planar T* 50mm f/2 ZM serves duty for the fast, but not too fast standard prime. With a Planar design as opposed to the 50mm C-Sonnar, this lens renders more like the classic Zeiss C/Y 50mm SLR lens but in a compact rangefinder style package. I took the Planar out to Barton Springs Pool here in Austin, TX to try and capture some summer scenes. Again focus was snappy and accurate -it really is mesmerizing to watch the dancing green AF confirmation boxes of the Sony cameras quickly light up and lock on securely to the subject. 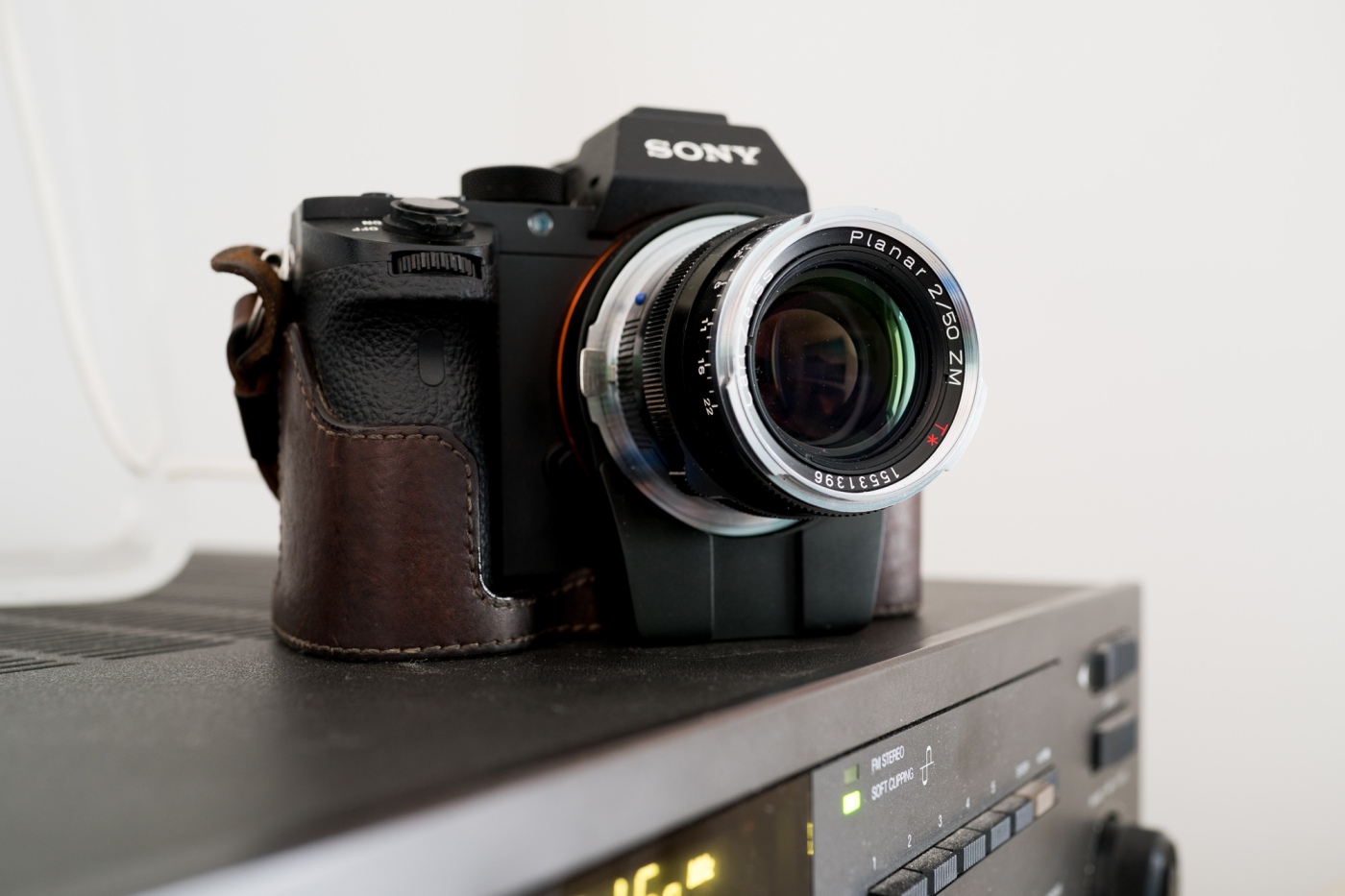 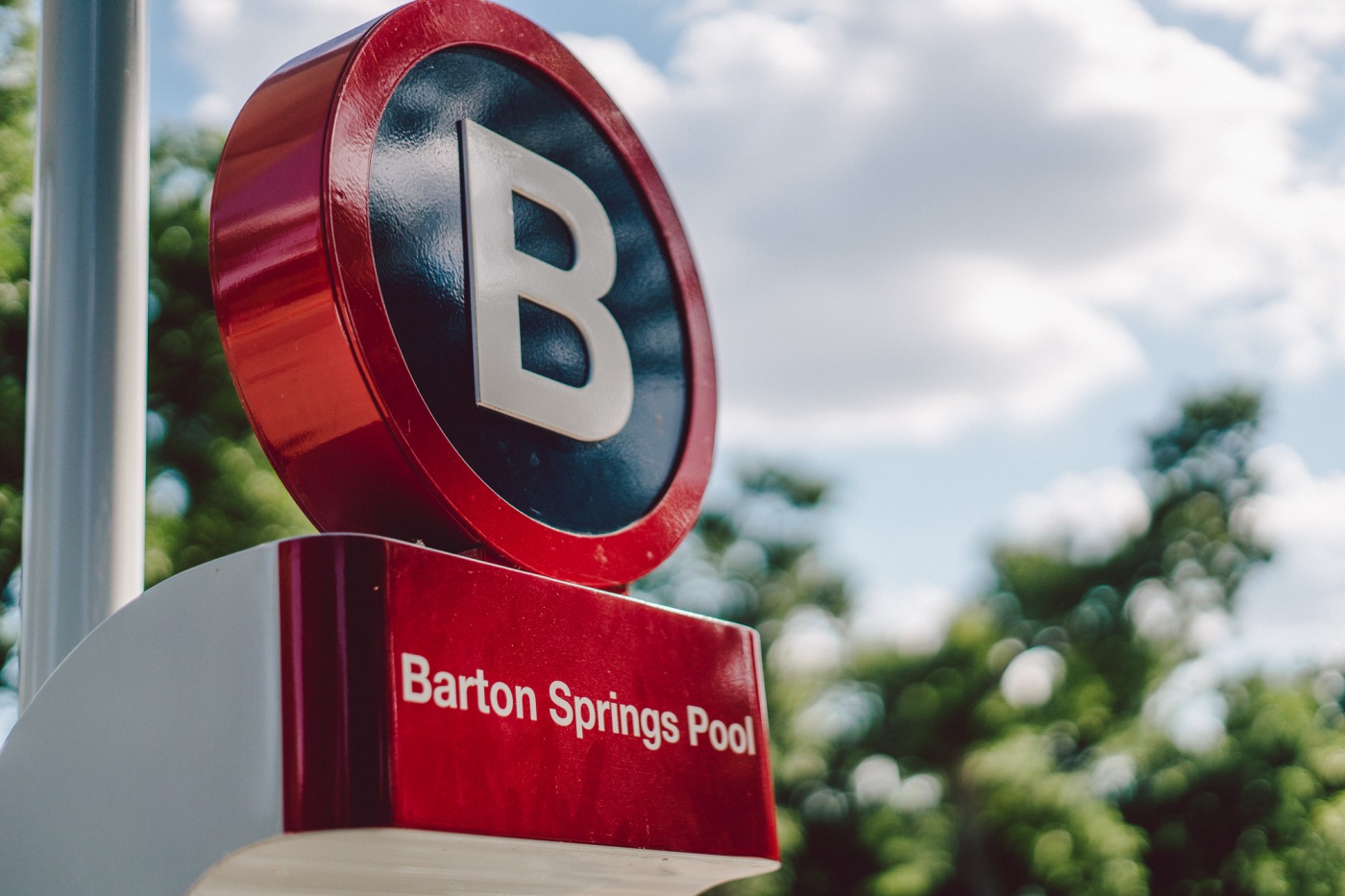 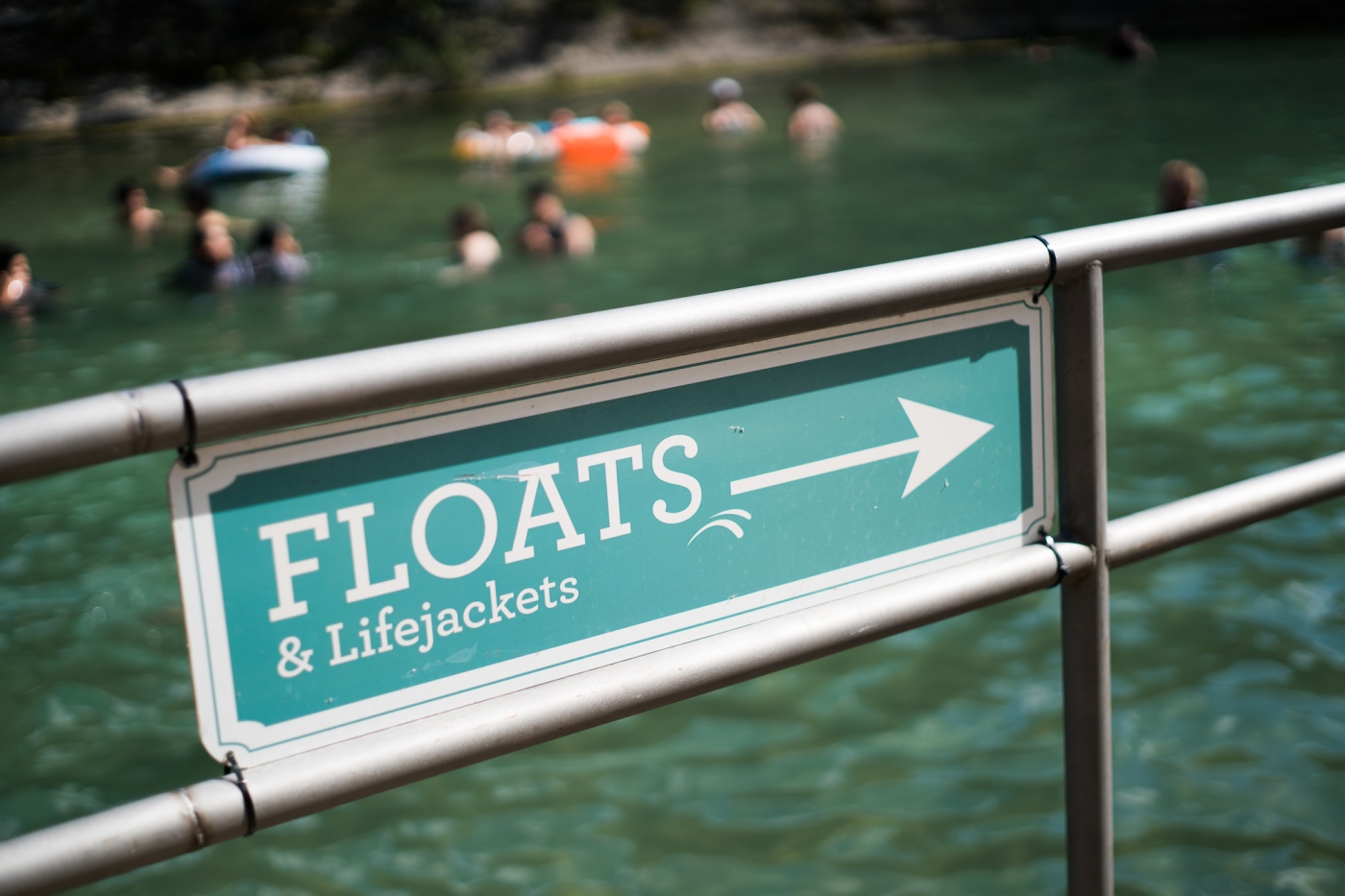 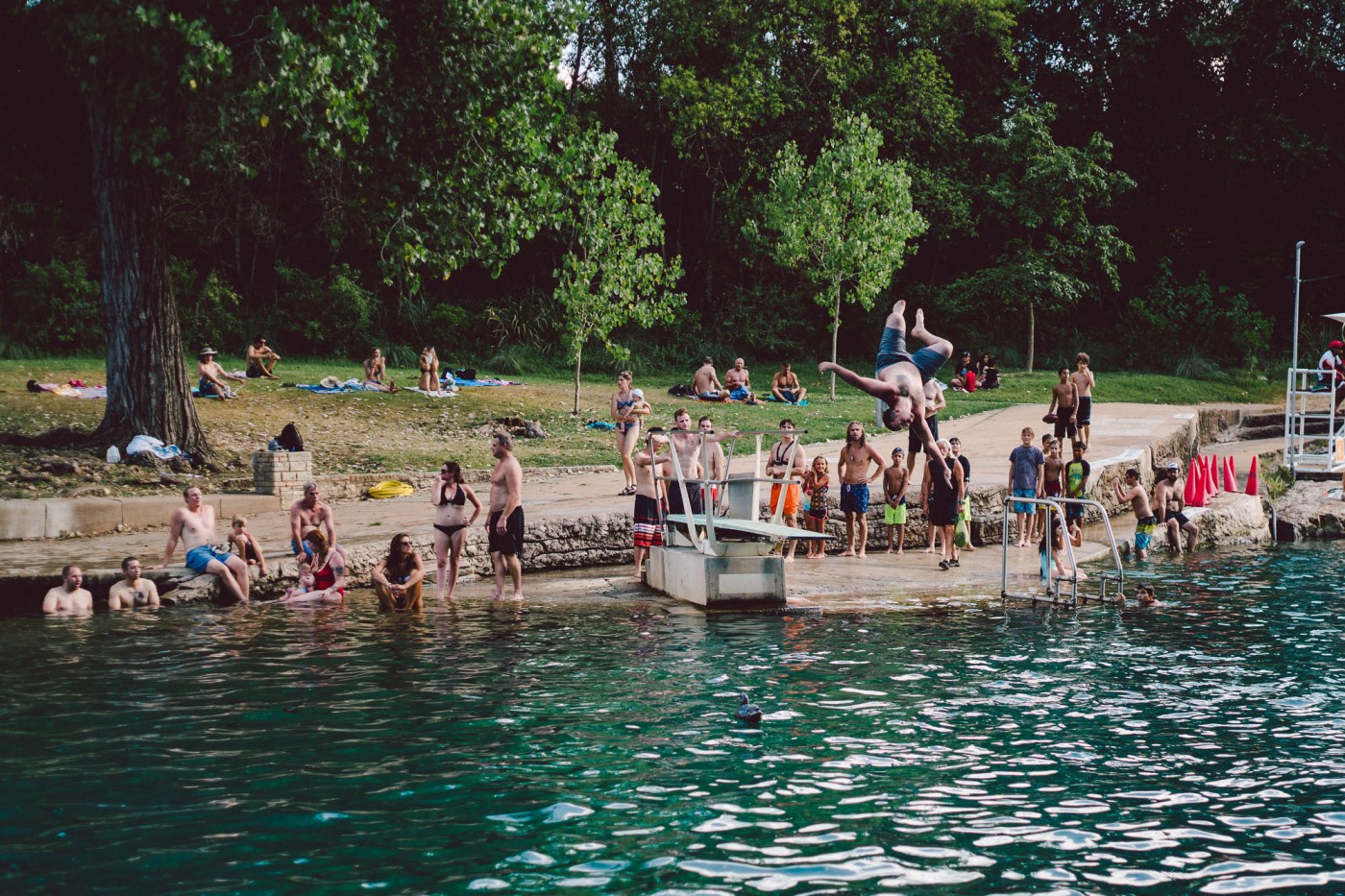 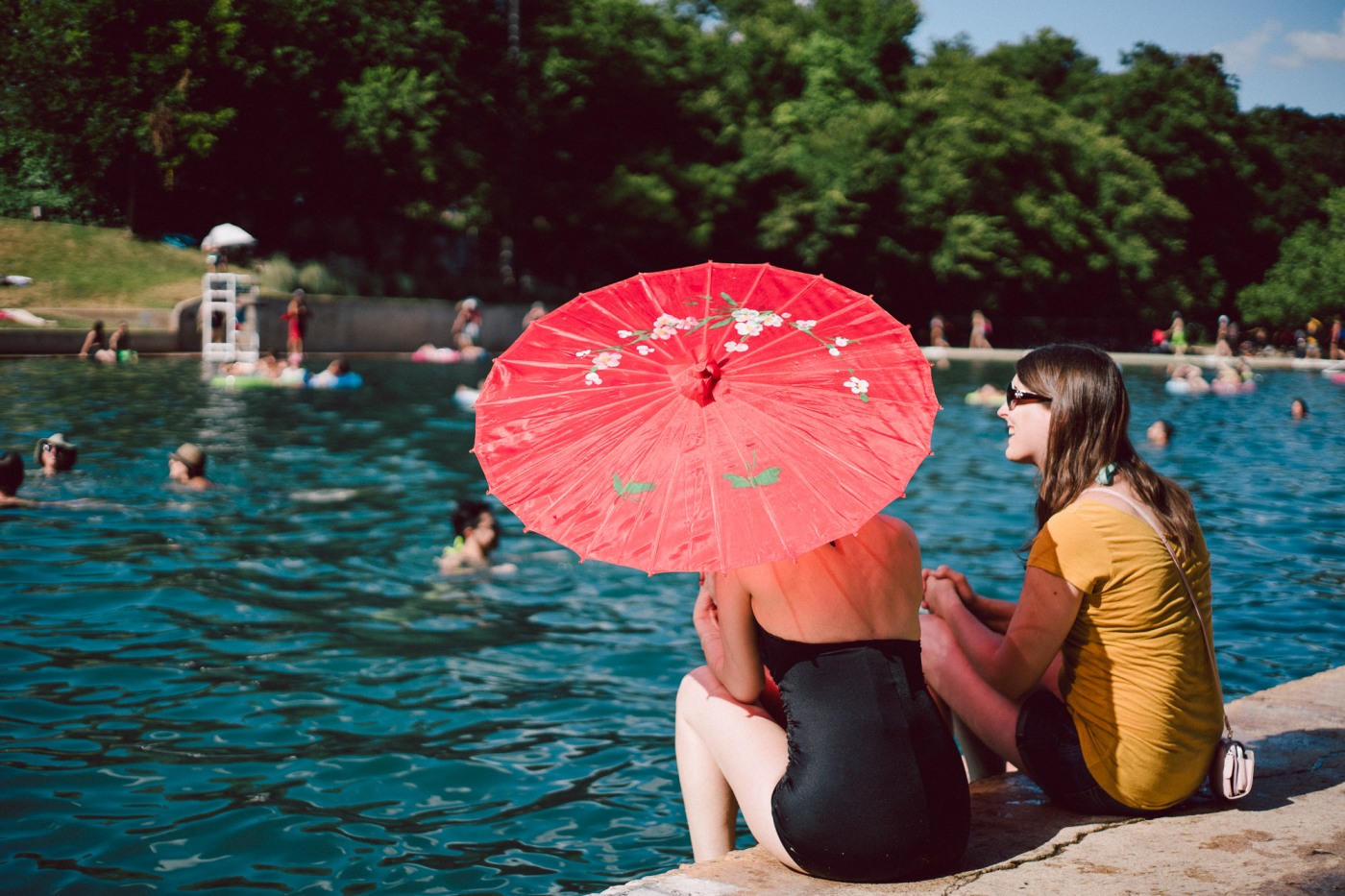 Last up is the Tele-Tessar 85mm f/4 T* ZM. This is another lens that surprised me with its bite and resolving power. While not really capable of rendering the creamy bokeh that I lean towards in a fast 85mm, for subjects up close I found the out of focus areas to be pleasant enough and as mentioned, the sharpness is just outstanding. The TAP had no problems with the Tele-Tessar and the two make a nice compact combination for a short tele travel setup.

After two months spent shooting the Techart Pro adapter out in the wild with these wonderfully engineered Zeiss lenses, I have no reservations recommending both the adapter and the lenses if you are looking for a compact, high quality setup for your Sony a7II, a7RII or a6300 cameras. This technology further bolsters the argument for mirrorless and offsets criticisms of lenses that are too large. The beauty of mirrorless lies in its flexibility and power to use both the newer designed high quality native lenses and compact classic designs that have their own unique merits when it comes to rendering an appealing image. Thank you to Techart for developing this marvel that allows us to autofocus nearly anything.